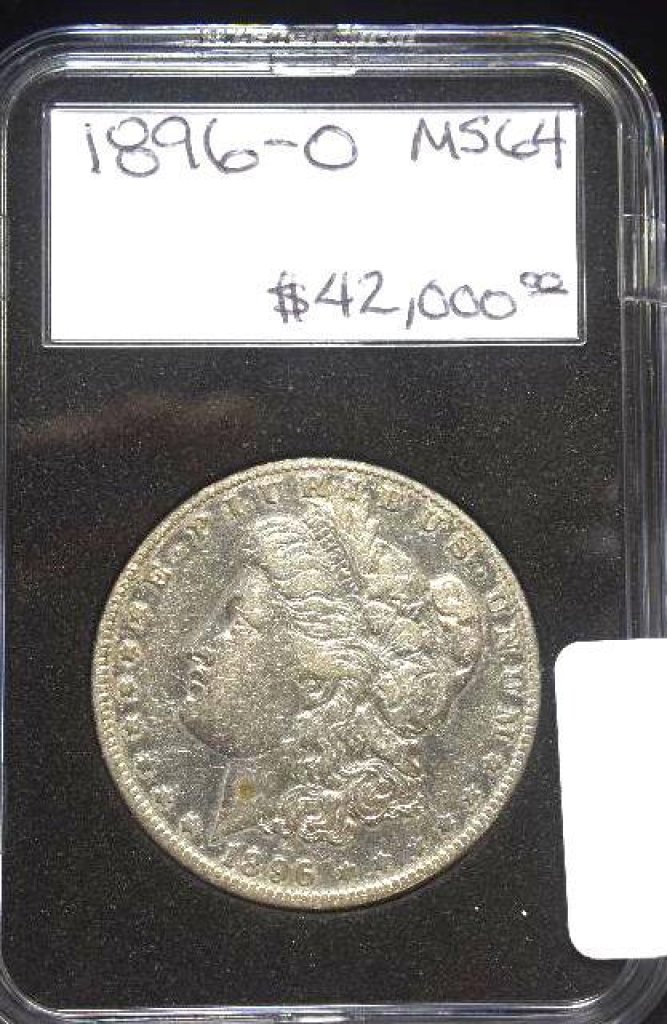 Sometimes I marvel at values that consignors assign to coins that they (a) don’t know how to grade, (b) try to pass off as rare, and (c) get auctioneers to list as estate “finds.”

The only discoveries in this Proxibid auction, where this and other damaged coins appeared last month, were the incredibly exaggerated values written on stickers placed on self-slabs.

Proxibid does not allow sellers to list values in descriptions or titles of lots unless they are encapsulated by PCGS, NGC, ICG and ANACS. But photos often contain consignor values, such as that found on this coin.

You can find the same phenomenon on eBay, HiBid and other auction portals.

If you are an experienced coin enthusiast, you may find these embellishments humorous, but novice buyers (or family and friends purchasing items as gifts for hobbyists) often overpay, thinking they scored a bargain, only to be told the truth sooner or later.

Coin dealers go through these sad disclosures regularly and then are accused of trying to “steal” these sorry coins from duped owners.

The net result is that those who eventually realize that they overpaid for damaged coins inevitably lose interest in collecting.

Click here to see what an authentic 1896-O Morgan looks like. Compare to the damaged coin in the above photo.