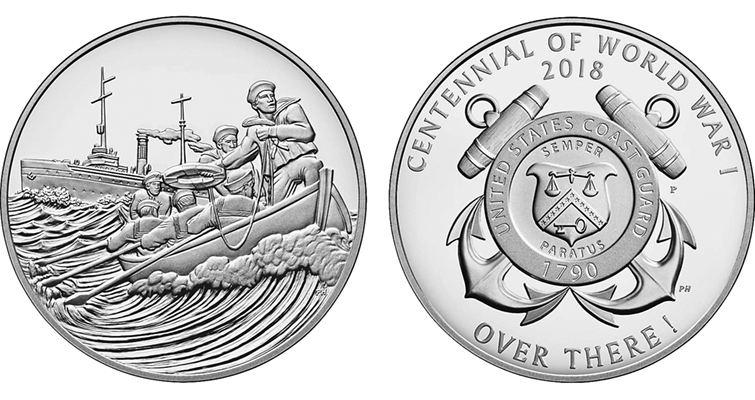 It will be interesting to see whether collectors embrace or reject the World War I American Veterans Coin and Medal sets which the U.S. Mint puts on sale Jan. 17.

Those interested in acquiring all five medals are forced to shell out just under $500 to buy all five sets, since the medals are not being offered separately as individual medals nor as a five-medal set.

The maximum combined mintage is set at 100,000, with the breakdown determined by the orders placed for each set. Sales of the set will end once the maximum authorized mintage is reached. The sets are being offered at $99.95 each.

If would have made more sense to offer the medals individually honoring the U.S. Army, Air Service, Navy Coast Guard and Marine Corps as well as in a five-medal set.

Mint officials are often faced with the dilemma of scrapping costly packaging, affecting a program’s bottom line. To avoid that with this program, the medals are being struck to order and shipment is scheduled for May instead of instantly as Mint customers have become accustomed for numismatic products. This allows the Mint to order only the packaging that they need without having to stockpile any. The Mint often strikes, packages and has on hand for immediate delivery inventory for a program before it is offered to the public, a waste if the program doesn't sell well.

The lowest sales for any one medal will determine how many complete five medal sets can ultimately exist, a major factor in how any such complete assemblages may perform, valuewise, in the future.

Which medal will be the most popular? Collectors will decide.