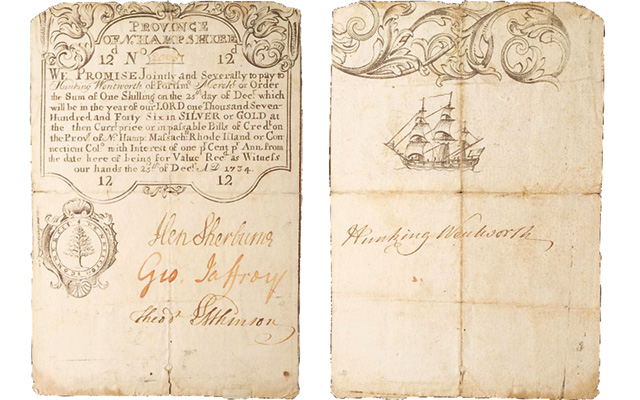 For preventing disorders, arising in several places within this jurisdiction by reason of some still observing such festivals as were superstitiously kept in other communities, to the great dishonor of God and offense of others: it is therefore ordered by this court and the authority thereof that whosoever shall be found observing any such day as Christmas or the like, either by forbearing of labor, feasting, or any other way, upon any such account as aforesaid, every such person so offending shall pay for every such offence five shilling as a fine to the county.

Christmas Day wasn’t always a day of celebration. Puritans considered winter revelry pagan and papist and outlawed celebrating the day, going so far as to fine offenders five shillings. (That fine in lightly circulated 1653-1660 Willow Tree shillings would be worth more than $1 million to collectors today.)

Christmas Day was a regular workday in America in the 17th, 18th and early 19th centuries. Following the publication of Charles Dickens’ A Christmas Carol and America’s embrace of Santa Claus and the Christmas tree in the mid-1800s the holiday took its now familiar form. It did not become a federal holiday until 1870.

Christmas wasn’t banned in colonial New Hampshire in the early 1700s, but it wasn’t kept well, either. It was just another day.

In Early Paper Money of America, Eric P. Newman writes the bills were issued after the Crown forbade further paper money issues. However, the bills were not universally accepted. Boston merchants pledged not to accept the bills. Massachusetts prohibited their circulation, under a penalty of a 21 shillings fine. Even the governor of the province inveighed against them.

Today these relics from a time when Christmas wasn’t a day of celebration are scarce and expensive. On the rare day that one appears at auction, it sells for thousands of dollars. In 2005, Stack’s sold a Fine – Very Fine 1 shilling note for $9,500.