Coins and notes as snapshots of history 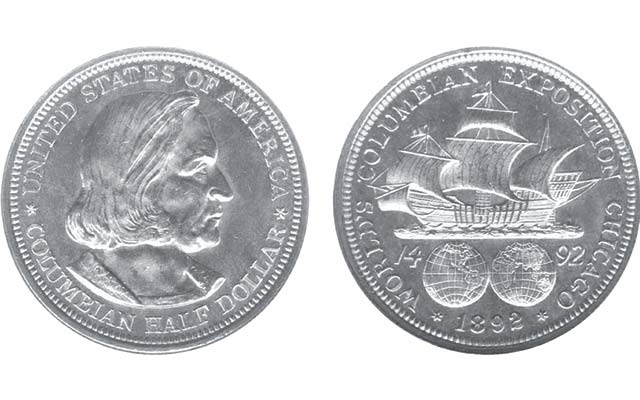 Few things are more historical than the “discovery” of the Americas. The first U.S. commemorative coin was a silver half dollar struck in 1892 to help fund celebration of the 400th anniversary of Columbus’ journey. 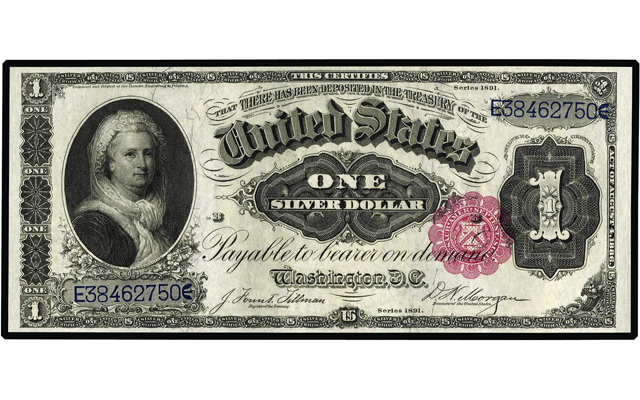 Another turning point will arrive in 2020 when a woman is placed on the $10 note, joining Martha Washington, seen here on the Series 1891 $1 silver certificate, which features a portrait on the left side of the note’s face of the nation’s first first lady.

Previous
Next
Coins and paper money are snapshots in America’s photo album, capturing turning points and other events in our history. That’s the message in Coin World senior editor Jeff Starck’s cover feature the July Coin World Monthly issue. It’s also part of the message in the article by our paper money contributor, Art Friedberg, on a decision to depict a woman on the $10 federal Reserve note in 2020.

Art writes about the decision by Treasury officials regarding the $10 Federal Reserve note: “Treasury Secretary Jacob J. Lew decided that the new $10 note should feature a woman who was a champion for our inclusive democracy. The note is scheduled to be introduced in 2020, in time to mark the centennial of the passage of the 19th amendment, which gave women the right to vote. In a new twist, the Secretary is asking for the public’s views to help guide the design process.”

As readers of Coin World and the general media know, advocates of depicting a woman on the $20 note to replace Andrew Jackson have been very vocal this year. And while Lew’s decision affects the $10 note — already scheduled for a design upgrade in 2020 — and not the $20, it appears that democracy is alive and well, as men and women, boys and girls, all came together to change history. We don’t yet know who will appear on the note that now depicts Alexander Hamilton, but it will be someone who did much to change our shared history.

Coins serve in the same manner, as Jeff writes in his feature: “Coins not only serve as a medium of exchange, but as a record of a nation’s growth, and American coinage, when viewed in the proper context, can tell a fascinating story of the moments, milestones and turning points that help define this nation. In this sense, coins can serve as a lens to focus on American history.”

Those of us who share a love of coins and paper money and all things numismatic can appreciate the beauty of the things we collect.

But we can also appreciate the lessons these objects teach. Coins tell stories if you will only listen. So does paper money; so do medals and tokens.

As you collect, take time to listen to what these records of our past are saying. Think about the times reflected in the dates on the coins and the eras depicted. Appreciate these snapshots of history.