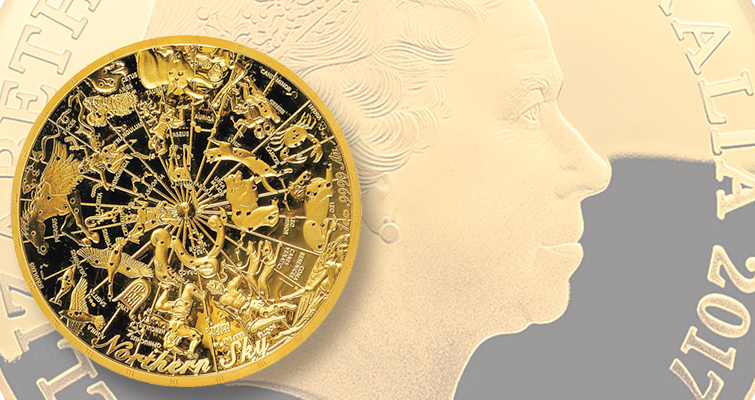 The second and final coin of the Royal Australian Mint's delightful series of Celestial Dome curved gold coins is another very intricate design by Bronwyn King showing the various constellations of the northern sky. The convex obverse of the $100 gold coin series carries the Ian Rank-Broadley image of Queen Elizabeth II. 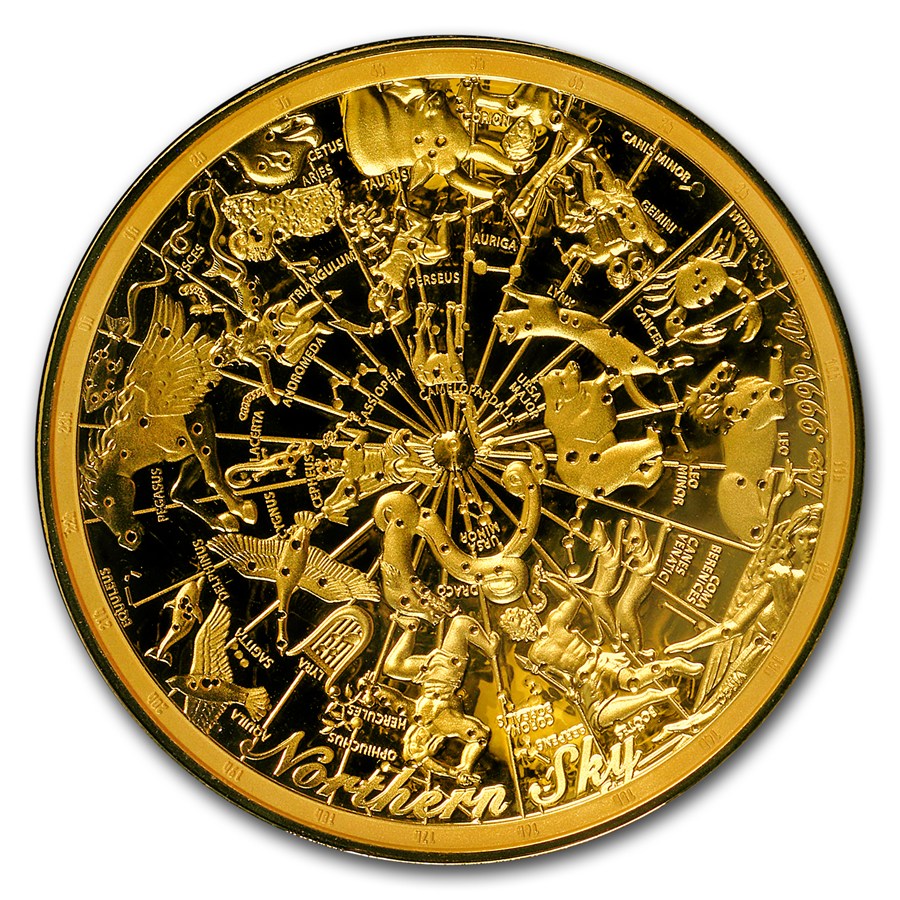 The second and final coin of the Royal Australian Mint's delightful series of Celestial Dome curved gold coins is another very intricate design by Bronwyn King showing the various constellations of the Northern Sky. 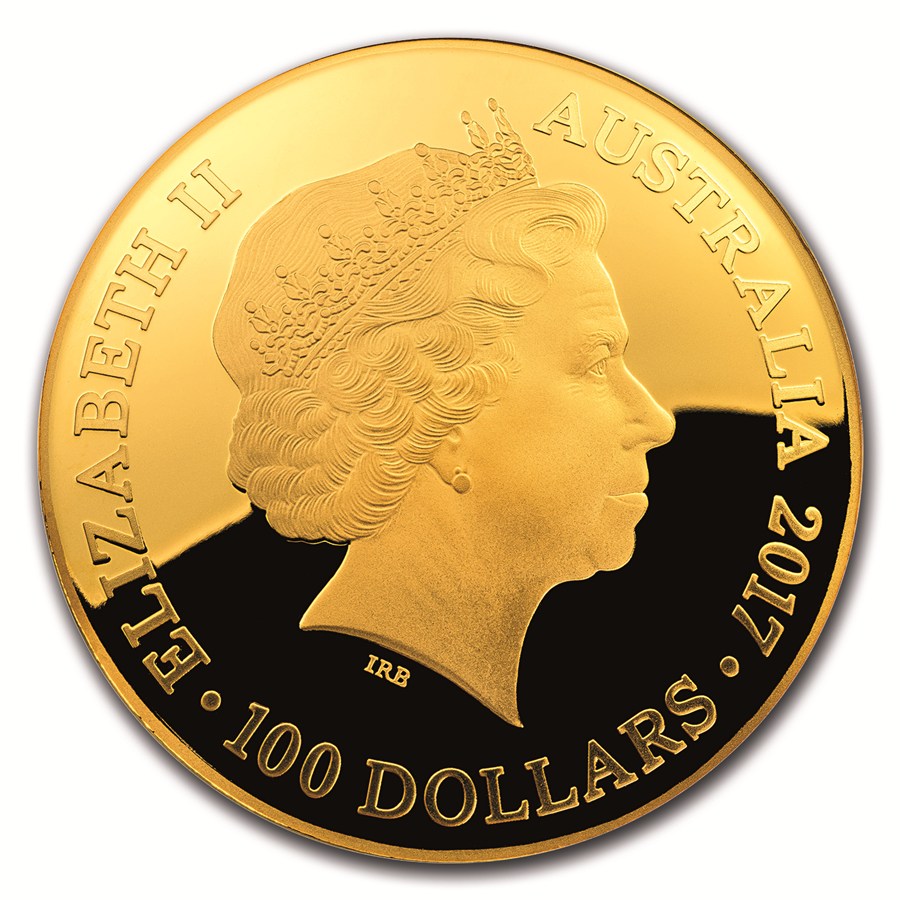 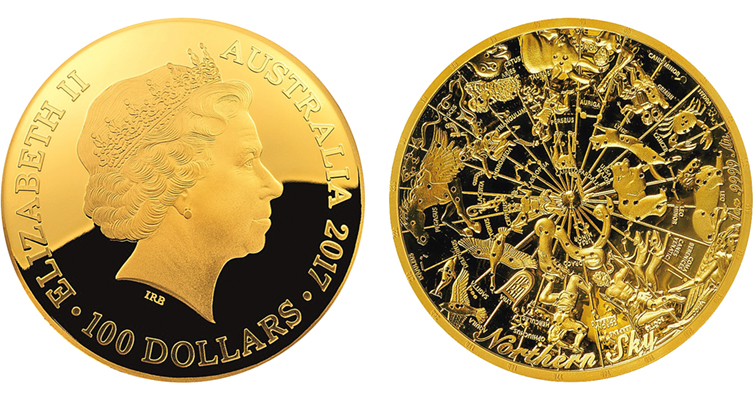 Earlier this year the Royal Australian Mint, following the end of its very popular series of curved silver coins about the star constellations of the Northern and Southern skies, launched a new series of domed gold coins with a coin about the Southern Sky that was covered here.

That coin, a 1-ounce, $100 gold Proof with a convex/concave shape, was as I explained, the first Australian gold coin of this popular shape and one of just a handful of world gold coins in the domed format. That, plus the low mintage of 750 coins and the broad appeal of astronomy, resulted in a real winner in the aftermarket.

Much of the mintage was sold in the U.S. by APMEX, other than the coins sold within Australia and some by European or Asian dealers, and they went fast. If you bought when APMEX first sold them, they were around $1,600 each, and retail prices quickly reached $2,000 there and everywhere.

In fact, at the moment, just one coin is listed on eBay, priced at $4,995 or best offer (clearly an optimistic price), and I know of just one U.S. dealer that has it in stock, where it is priced at $2,595. Examples graded Proof 70 have been traded recently for $3,000 each. I would say the current retail value of an ungraded coin is somewhere in the $2,500 neighborhood, which is a very healthy increase, especially if you paid well under $2,000.

Unfortunately for those looking for a deal, the success of the first coin seems to have pushed coin sellers to almost all ask for around $2,000 for the new coin, though after some searching you will find some overseas dealers that have it a little cheaper (between about $1850 and $1900).

It is, no matter what you are paying, clearly an expensive coin, but it is also (based on my viewing of the first issue) a truly magnificent example of minting craftsmanship, with impeccable quality combined with elegance in the design as well the presentation, a gorgeous lacquered wood box. It is hard to say if the new issue’s value will increase from its current retail level, but it is likely to become just as hard to find as the first issue, so I don’t see it losing value, at least, and it may well do much better than that. It also helps that, to own the complete series, only two coins are needed.