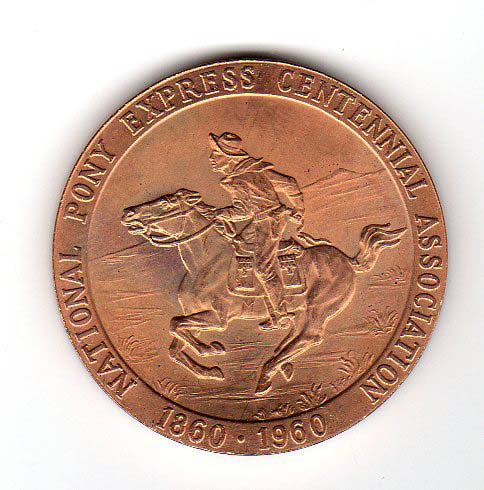 Change happens, and often one side loses while another side gains. Telegraphs replaced the Pony Express in a few short months. Similarly, collectors without online access sometimes cannot buy the coins and medals they want.

?A pair of telephone calls I received from readers recently brought to mind how much the coin marketplace has changed in the more than 38 years I have spent on the Coin World staff. I am not talking about changes to grading standards nor about the massive increases in products offered by the United States Mint. I am referring to changes in how coins are bought and sold.

The phone calls were similar in nature. One reader described seeing what, as best as I could determine, was a privately “enhanced” American Eagle silver bullion coin being sold by one dealer. The other caller was interested in a medal offered by a private minter. Each caller wanted a phone number for the merchant offering the item he was interested in purchasing. For each caller, I dutifully ascertained who they wanted to contact and then went online to search for the merchant’s phone number. That’s when the same problem arose twice.

The dealer offering the enhanced American Eagle operated a store through Amazon. The private minter similarly has a Web presence where he sells his creations. In neither case could I find a telephone number for the caller. Both companies appeared to transact all business online; neither operated a brick-and-mortar shop and neither took orders over the phone, at least from what I could tell through my quick searches online for the readers.And that was a problem for each of the two readers, because neither has personal online access.

When I joined the Coin World staff in 1976, most business between dealer and collector was conducted in person at a coin shop or at a coin show; or through the mail or by a phone number appearing in an ad (by the way, some of the earliest coin dealer ads bearing phone numbers date to about 1911). Collectors ordered their annual Proof set or Uncirculated Mint set by mail, paying by check and using the form the Bureau of the Mint mailed to them as Mint customers.

The introduction of the World Wide Web changed all that, as coin dealers and the U.S. Mint began conducting an increasing amount of their business at their new websites as the 20th century closed. While some collectors quickly embraced being able to order coins online, many of Coin World’s readers hated the change.

That became very clear with the Mint’s sale of the 2001 American Buffalo commemorative silver dollar. The program sold out in two weeks, and a popular set containing one of the coins sold out in a matter of hours. Some readers accustomed to waiting for their Mint catalog or order form to arrive in the mail, so they could order the commemoratives by return mail,found that the coin had sold out before they could even place their order.

Of the many phone calls Coin World received, a common thread was heard in many of them. Readers without online access — many of them longtime Mint customers who had happily bought Mint products by mail for decades  — said it was unfair that they were shut out of being able to acquire the coins just because they lacked online access.

Today, much of the numismatic business is conducted online.Collectors and dealers can bid on auction lots online, and order coins at dealer or Mint websites.

Some dealers, as we have seen, now transact all of their business online, whether it is through Amazon or eBay or at their own websites.They do not offer potential customers an alternative means of purchase.

Collectors today without online access are in the same predicament that others found themselves in when on the traditional side of technological change. Farmers who relied on horse-drawn equipment could notwork their fields as quickly and efficiently as farmers using tractors, whether powered by steam or internal combustion engines. The Pony Express lasted just a short while, its once fast delivery of letters overtaken by telegraph wires that stretched from coast to coast and to every city, town and village.

Change may seem unfair sometimes. Some collectors cannot afford a computer or smart phone or tablet with online access; others may feel they are too set in their ways to embrace the new technologies. Because of the lack of access, the two recent callers to Coin World may find themselves unable to purchase the coin and medal they wanted.But change happens, and very often, it benefits those who embrace that change.