As seen on TV: 'Dennis the Menace' tosses away rare gold coin 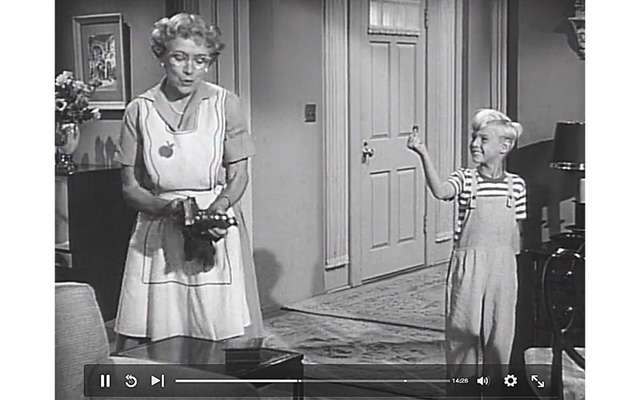 Dennis the Menace shows Mrs. Wilson the coin he found on the floor in this screen grab from "Dennis and the Rare Coin." 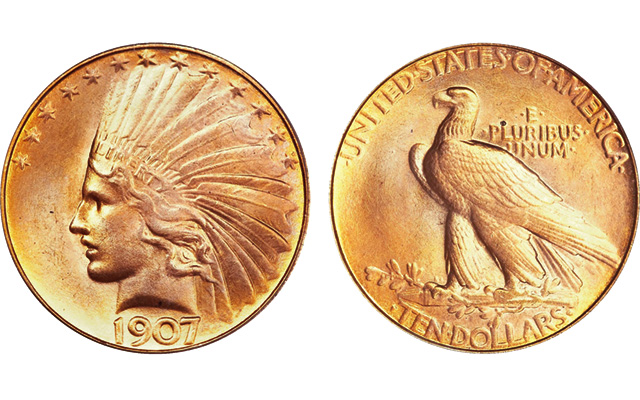 Dennis the Menace, the early 1960s television version of Hank Ketcham’s comic strip, frequently had a numismatic theme. In one episode Dennis can be seen placing cents in a Whitman folder. The writers knew coins, giving a sense of authenticity to the stories.

The coin is a notable rarity that comes with a great story, but the Dennis the Menace episode does not go into the coin’s history. Philadelphia Mint Superintendent John Landis said 31,500 were minted but all but about 50 were melted. The coin, an early version of Saint Gaudens’ design, is a great rarity worth $100,000 and up in Uncirculated condition.

The condition of Mr. Wilson’s coin isn’t mentioned, but it gets some rough treatment. Mrs. Wilson inadvertently brushes it onto the floor where Dennis finds it. “Finder’s keepers?” Dennis asks Mrs. Wilson. “Loser’s weepers,” she affirms. The coin is briefly visible on the floor and is clearly an Indian Head eagle.

Dennis puts it in his pocket where it jostles with other coins until he throws it in a wishing fountain.

When Mr. Wilson and Dennis try to retrieve the coin from the water, they’re arrested and taken to the police station to sort things out.  While they’re there, Mr. Hathaway is led in in handcuffs.  An officer says coin dealer Hathaway is actually con man John Higgins.  “He’s flooding the town with phony old coins,” the officer says.

Next: Streets of San Francisco