An unexpected phone call that revealed a huge Mint secret 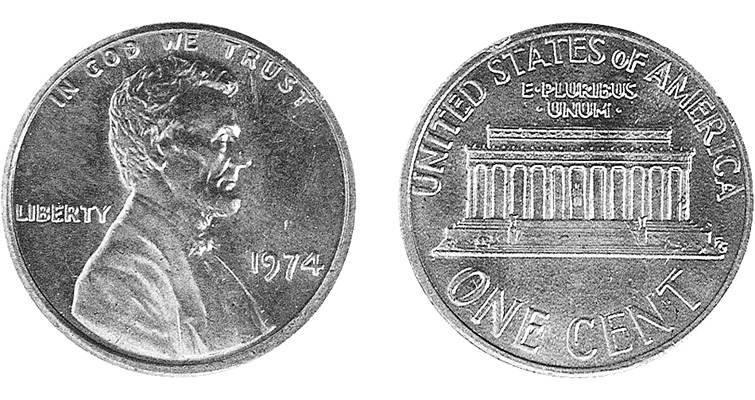 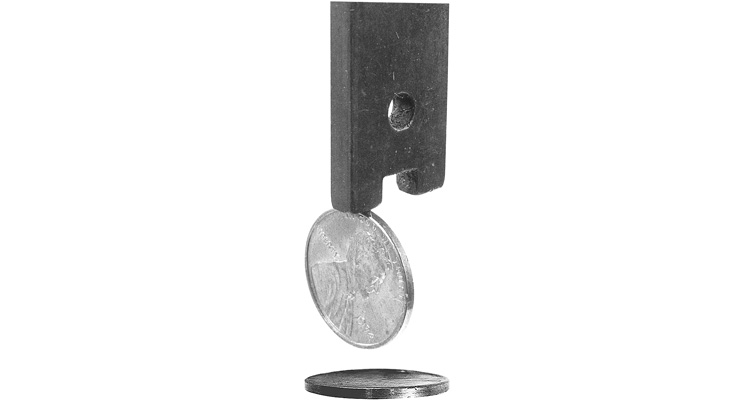 Photo shows the edge of the 1974 Lincoln cent struck on a bronze-clad steel planchet and how it sticks to a magnet.

Over my four decades as a Coin World staff member, I have received thousands of phone calls, from readers and nonreaders alike, asking questions about coins or items in their possession, or seeking advice on how to collect, or providing us tips on stories.

Some calls came in waves. For example, any time that a bronze 1943 Lincoln cent appeared at auction and was covered by the mainstream media, I prepared for a lot of calls from noncollectors with 1943 steel cents who thought they had one of the rare ones (since a steel cent is unlike any other Lincoln cent in appearance, one cannot blame callers for their excitement). I also talked to callers with what they thought were rare early U.S. coins like a 1787 Brasher doubloon or an 1804 Draped Bust dollar. I can say that in all of those calls, not a single one ever resulted in the discovery of a new example of a 1943 bronze cent or Brasher doubloon or 1804 dollar.

One call in mid-1994, however, revealed the existence of a U.S. coin that no one had ever heard about before, and that an official U.S. Mint/Treasury Department report claimed was never struck.

I took the call in June (I believe) of 1994. It began like any other call, with the speaker saying that he had something rare — five 1974 Lincoln cents of an unusual composition. I was, of course, familiar with the Mint’s 1973 experiments in alternative compositions that resulted in the 1974 aluminum cent. But that wasn’t what the reader said he had; it was something unexpected — a 1974 Lincoln cent struck on a bronze-clad steel planchet.

The caller, a retired steel worker, told me a fantastic story of how United States Mint officials, with a contingent of Mint police on hand, arrived at the Alan Wood Steel Co. in Pennsylvania 20 years earlier, in 1974. According to the caller, at least 40 bags of the experimental pieces — 200,000 pieces or more — were destroyed in one of the mill’s furnaces.

But not all of the pieces were destroyed, according to the source.

At least nine and as many as a dozen 1974 Lincoln cent experimental pieces struck on the bronze-clad steel planchets reportedly survived the furnace.

According to the source, the bags of experimental cents were shoved down a chute from the third floor to a basic oxygen furnace on the second floor. The source said the cents were under heavy guard by five Mint guards.

As the bags were being placed onto a lift to be transported to the chute, one bag fell to the floor and burst open, scattering the experimental pieces across the floor. The Mint guards made the employees move away from the spilled cents as they swept them up for melting.

According to the source, as the cents from the burst bag poured down the chute, a gust of wind blowing through the plant picked up 10 to 12 pieces and blew them onto the floor of the furnace, which had not yet gone into operation. Despite the presence of the Mint guards, some employees managed to snatch up some of the coins, apparently without the guards noticing. The five pieces possessed by the source came from those dozen or so survivors. Another three pieces may exist in burnt condition in the possession of other mill employees.

The caller’s story was rich in detail and I immediately felt that I was onto a possible blockbuster article. I asked him to send Coin World the best example of the five cents in his possession so we could examine it.

When the piece arrived and I had an opportunity to examine it, I was immediately convinced that it was genuine. While I had been waiting on the reader’s coin to arrive in our offices, I had grabbed our copy of the December 1973 Alternative Materials for One-Cent Coinage, the official report of the Mint’s experiments in alternative compositions. At the time, the price of copper was so high that the Mint was losing money on every cent it struck, and that was considered unacceptable.

The 1,579,324 aluminum experimental cents struck in 1973 using standard 1974-dated cent dies were well known. The report also had details about another promising composition that was tested — a bronze-clad steel composition, with two outer layers of 90 percent copper and 10 percent zinc bonded to low-grade steel. There was just one problem. According to the report, no bronze-clad steel pieces were struck using standard Lincoln cent dies. When testing began, what are called “nonsense dies” were used to strike various experimental pieces. As the report stated, “The nonsense dies were designed to simulate the actual penny dies with regard to relief and location of images and lettering. In this way, coining characteristics of the alloys could be compared relative to one another without creating a large number of potentially valuable numismatic oddities. ... Finally, 1974 cent dies were used to strike a carefully controlled number of aluminum alloy coins.”

When the caller’s cent arrived, I compared it to the description in the official report and it matched. It was made of two outer layers of copper with a core of gray metal. The piece stuck to a magnet, what you would expect of a coin with a steel core. The designs looked good and when compared to the designs of a regular 1974 Lincoln cent, they were identical. I was convinced on the evidence — the coin that I had in hand and the caller’s very convincing story — that the piece was something heretofore unexpected — a 1974 cent struck on one of the bronze-clad steel planchets that the Mint had admitted that it had tested, though not with cent dies.

Coin World published the article in the July 4, 1994, issue as the main story on Page 1. Here are the introductory paragraphs to my article:

“An experimental 1974 Lincoln cent struck on a bronze-clad steel planchet — a piece a 1973 Treasury publication says was never produced, has surfaced — and with a source who claims a quarter million or more of them were destroyed by Mint officials 20 years ago.

“Coin World has examined a 1974 Lincoln cent struck on a bronze-clad steel planchet that appears to be a genuine U.S. Mint experimental piece. It matches the description of planchets produced and tested in 1973, and mentioned in various Department of Treasury reports discussing alternative cent compositions.

“This is the first indication that specimens of experimental 1974 Lincoln cents struck on other than aluminum planchets survived. Previously, it was thought that only specimens of the more famous 1974 aluminum experimental pieces had escaped destruction.”

I described the coin for readers:

“At first glance, the coin appears to be a normal 1974 Lincoln cent. In fact, the obverse and reverse are indistinguishable from a standard Lincoln cent in color and texture, even under high magnification.

“However, when one examines the edge, it becomes immediately apparent that the piece is not a normal Lincoln cent. The steel core is visible along the edge as a grayish band between layers of bronze.

“Most spectacularly, the coin is attracted to a magnet because of its steel core. The standard copper-zinc cent is not.”

In an accompanying article that I wrote from additional official sources for the same issue of Coin World, I explained why the Mint rejected the bronze-clad steel composition:

“According to the 1974 Annual Report of the Director of the Mint, ‘Several alternative alloys and clad materials were tested on a laboratory scale and the most promising materials, an aluminum alloy, a 70 percent copper-30 percent zinc alloy, and gilding metal clad steel were subjected to short production runs.’

“The December 1973 Alternative Materials for One-Cent Coinage, a federal government report published by the Department of the Treasury, details how the bronze-clad steel experimental cents proved to be a failure in just one critical area that doomed it as an alternative. The composition failed in the category of ease of coin fabrication.

“Bronze-clad steel was rated lower than aluminum in the categories of ease of coin fabrication, present cost and long-range seigniorage protection.

“Mint Director Mary Brooks, testifying before Congress on March 27, 1974, said a bronze-clad steel cent is ‘a very expensive proposition, and the die life, because of its hard composition would be a fourth to an eighth of that we are presently experiencing. We would get about 100,000 to 150,000 strikes: we did get on the bronze-clad steel. We are now experiencing over 600,000 strikes on our present die.’

The publication of the two articles, as you expect, generated a great deal of excitement in the collector community.

In my next blog, I will detail how I got Mint officials to confirm that such pieces had been struck, whether any others survived, the steps I took to protect my source and Coin World from becoming involved in a possible confiscation of the caller’s coins, and how I asked the Mint for confirmation of a statement from a Mint official that the bronze-clad steel cents would be legal to collect.