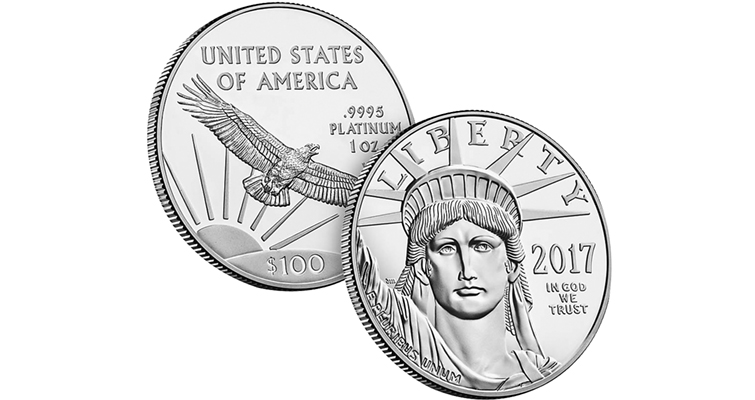 In what seems to represent a lost opportunity for offering yet another spectacular new design, in celebration of the program's 20th anniversary in 2017 the Mint chose to re-use the design of the American Eagle platinum coin program's first year, which has also appeared on all bullion coins for the past two decades. 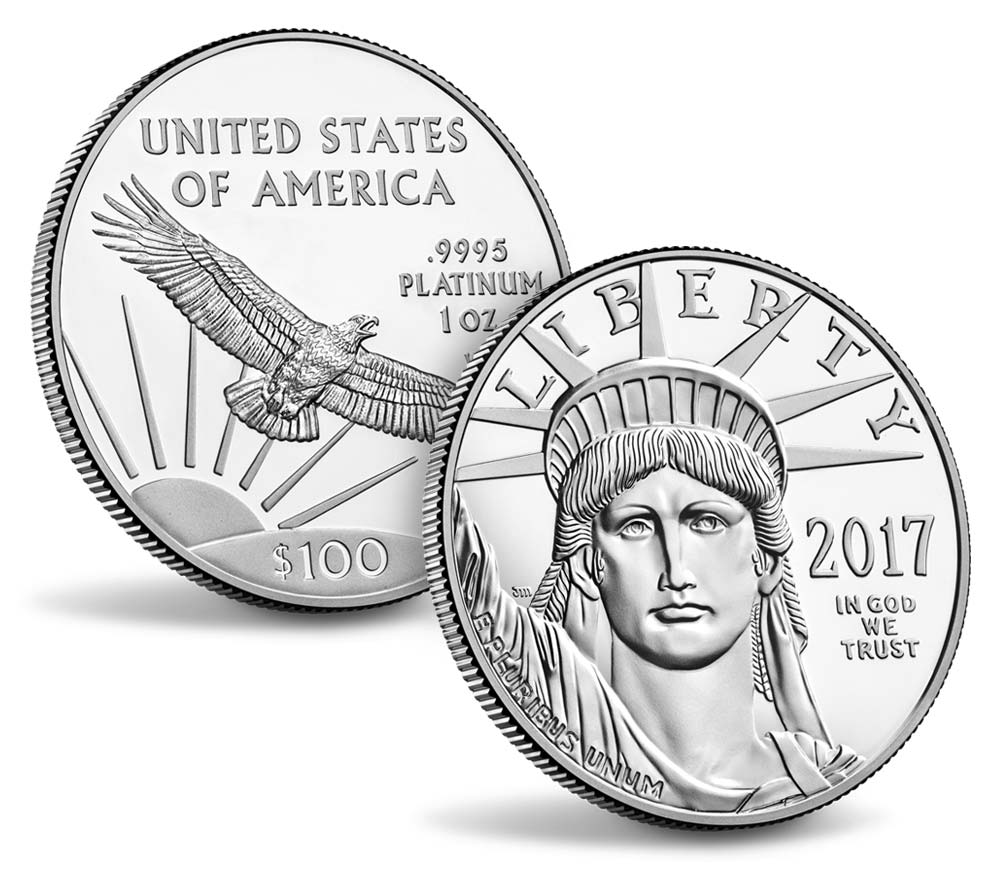 Following perhaps the two best designs ever to appear on platinum American Eagles, neo-classical designs of Lady Liberty that resonated with collectors and sold out instantly in 2016 and 2015, for the 20th anniversary piece in 2017 the Mint chose to re-use the design of the first year that has also appeared on all bullion coins for the past two decades.

Yesterday the U.S. Mint released the Proof 2017-W American Eagle platinum coin to mark the 20th anniversary of the start of the platinum coin program in 1997. The coin has a maximum mintage of 10,000 units and an initial price of $1,300, which will be updated each week depending on spot platinum market changes. That represents about a $400, or 44%, premium over current spot value.

The Mint’s spokesman Michael White reported that first-day sales were 5,230 coins, or 52.3 % of the total mintage, assuming all coins are produced, which remains to be seen.

Since 1997 the Mint has issued both bullion and Proof coins in platinum, though after 2008, the range of coins was reduced by eliminating the fractional Proof and burnished coins. Only 1-ounce pieces in bullion and Proof are now issued.

Perhaps the most appealing feature of the Proof American Eagle platinum coins has been the use of different reverse designs. Since 1998, the second year of production, a variety of very interesting designs focusing on Liberty, American government and democracy, and other themes has appeared on the reverses of these coins, while the obverse continues to use John Mercanti’s close-up view of the face of the Statue of Liberty called Liberty Looking to the Future, a modern take on our most well-known symbol of Liberty.

But for the 20th anniversary piece, the Mint chose to re-use the design of the first year that has appeared on all bullion coins for the past two decades but only one other time on the Proof coins, which was in 1997. This reverse was created and sculpted by Thomas D. Rogers and is called Soaring Eagle Above America, and depicts a bald eagle soaring in the sky above a U.S. landscape, with the sun behind him.

That choice struck many collectors as a lost opportunity. Moreover, it marks a departure from the use for two decades of different designs on the Proof coins, and it contrasts with what was done for the 10th anniversary issue, when a two-coin set of half-ounce pieces was issued using the second design from the “Foundations of Democracy” series of Proof platinum coins. One coin is a Proof coin, while the other is a Reverse Proof that was only sold in that set in 2007.

In addition, in 2016 and 2015 perhaps the two best designs ever to appear on platinum American Eagles were used, neo-classical designs of Lady Liberty that really resonated with collectors and sold out instantly.

While the new Proof coin has its champions, many other collectors were disappointed by the lack of a new reverse design and by the premium on the coin. Plus, I suspect many collectors are saving their money for the release of the first palladium eagle later this year.

I believe collectors would have responded very favorably to a special coin or set for the platinum 20th anniversary using a new design or finish unique to that coin or set.