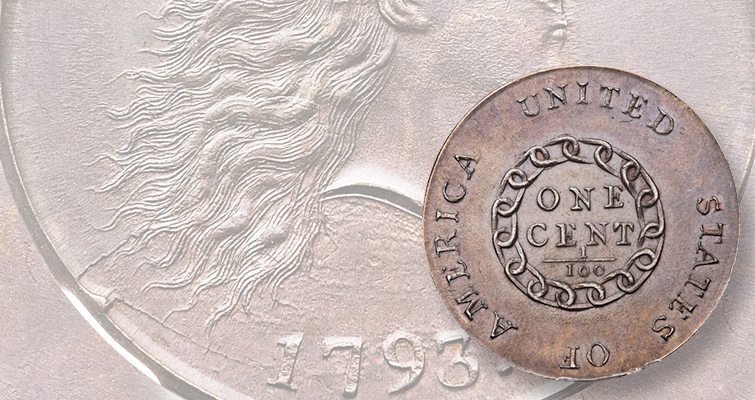 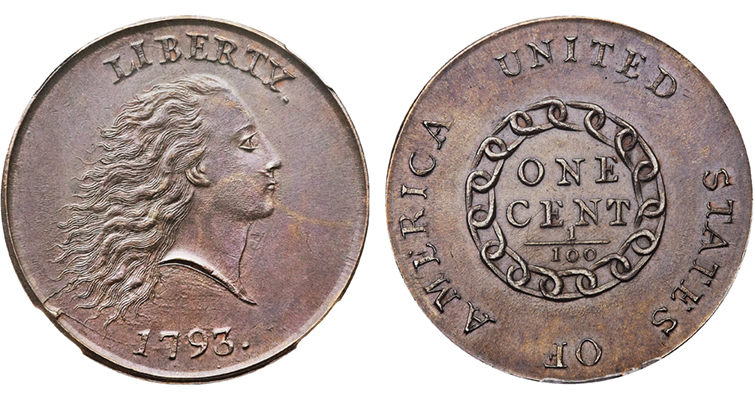 The 1793 Chain cent, the nation’s first regular-issue cent, was misunderstood from the start. The obverse shows Liberty, with her hair flowing in the wind. The reverse features a chain of 15 links.

Critics didn’t like Liberty from the start. The flowing hair didn’t symbolize newfound freedom; it was standing up in fright, they said. The reverse, though, drew the most criticism.

However, despite its storied past and association with a signer of the Declaration of Independence, critics saw the chain as a symbol of slavery and pounced.

In an April 1869 article, “The United States Cents of 1793,” in the Journal of Numismatics, Sylvester S. Crosby, one the 19th century’s great numismatists, quoted a March 18, 1793, article in the Philadelphia newspaper, The Mail or Claypoole’s Daily Advertiser.

“The American Cents (says a letter from Newark) do not answer our expectation. The chain on the reverse is but a bad omen for liberty, and liberty herself appears to be in a fright. May she not justly cry out in the words of the Apostle, ‘Alexander, the copper-smith hath done me much harm; the Lord reward him according to his works.’ ”

In his Complete Encyclopedia of U.S. and Colonial Coins, the late Walter Breen wrote, “This was (Mint) Director (David) Rittenhouse’s cue to order a change in design for the next cents to be struck. And so, for the first time (but not the last), bad newspaper publicity forced the Mint to abandon an adopted design, unintentionally creating rarities in the process.

Some 36,103 Chain cents were struck in early 1793. While not rare, the coins are highly sought after. About Good examples tend to sell for $5,000 and up. Even coins so badly worn that only a shadow of the chain remains easily sell for $1,000 and more.

Production of Chain cents ceased in early March. By April, the Mint was churning out cents with a wreath on the reverse instead of a chain. A wreath remained on the coin’s reverse through the large cent’s demise in 1857. Liberty’s hair ceased flowing in 1794. She added and lost a couple hats over the years before settling on a coronet in 1816.

Next: A cent you can’t buy