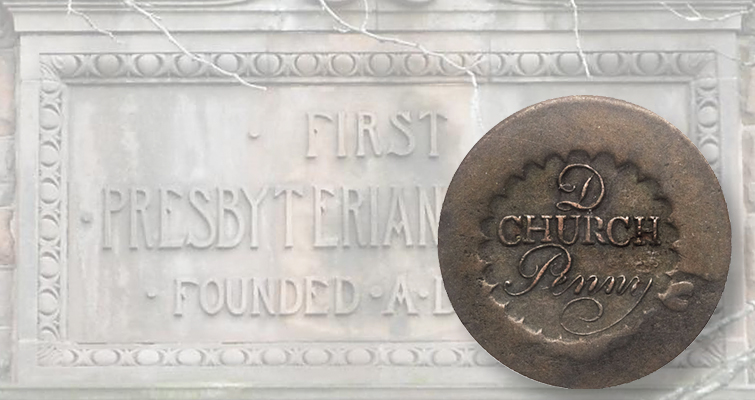 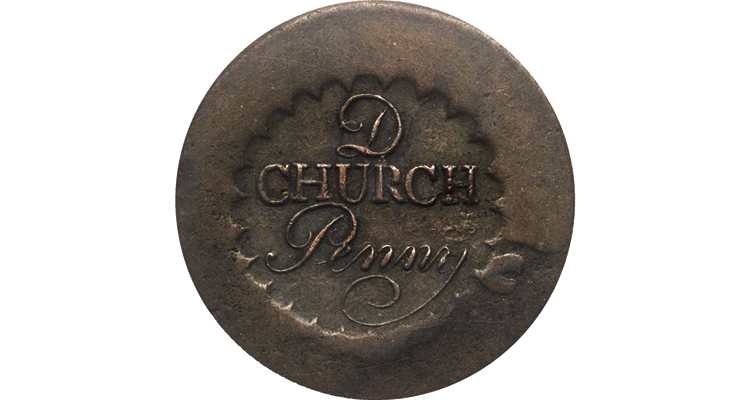 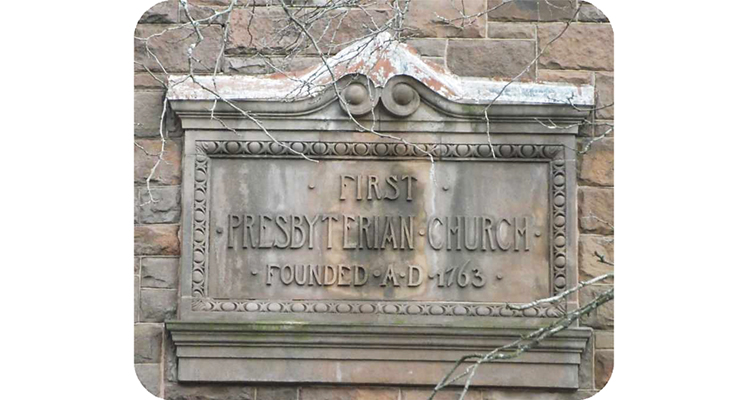 Cornerstone of First Presbyterian Church of Albany, N.Y., founded in 1763.

Image courtesy of First Presbyterian Church of Albany, at www.firstpresalbany.org

Religion and money have a long history, dating at least as far back as the time of Moses.

As the Jews wandered in the desert, “The Lord said to Moses, ‘When you take the census of the people of Israel, then each shall give a ransom for his life to the Lord when you number them, that there be no plague among them when you number them. ‘Each one who is numbered in the census shall give this: half a shekel according to the shekel of the sanctuary (the shekel is twenty gerahs), half a shekel as an offering to the Lord.’ ” (Exodus 30:13)

That temple tax was collected even during Christ’s lifetime and is referenced in the New Testament.

“Jesus entered the Temple and began to drive out all the people buying and selling animals for sacrifice. He knocked over the tables of the money changers and the chairs of those selling doves.” Matthew 21:12

The money changers provided the silver shekels of Tyre that were used to pay the temple tax. No other coin would do.

From the time of Constantine the Great (306 to 337) Christian religious references have appeared on European coins and even a few Colonial pieces.

In 1790 the First Presbyterian Church of Albany even issued its own pennies. The church pennies were struck to stop churchgoers from placing worn or counterfeit coins in the collection plate. Church pennies are worth a pretty penny today. They catalog for upwards of $12,500 and can top $100,000.

For the next five weeks I’ll be discussing five saints who either appeared on coins during their lifetimes or, in one case, struck coins. Most of their coins are incredibly historic and uncommonly inexpensive.

Next: The saintly mint master