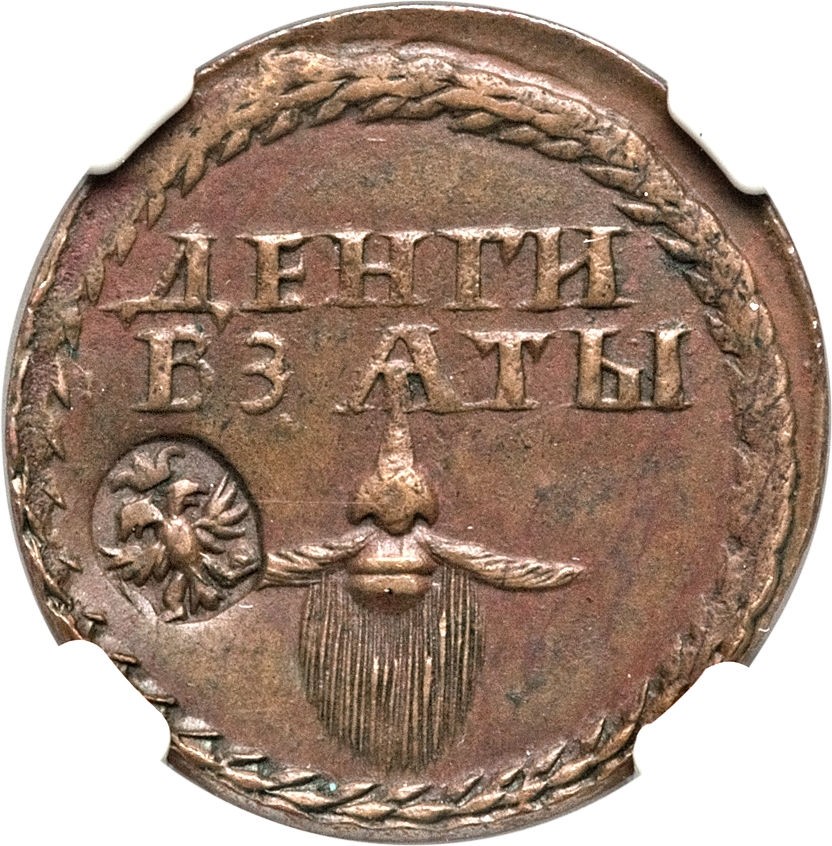 This 1705 beard tax token sold for $4,112 at auction in 2013. This side is termed the obverse. Image courtesy of Heritage Auctions. 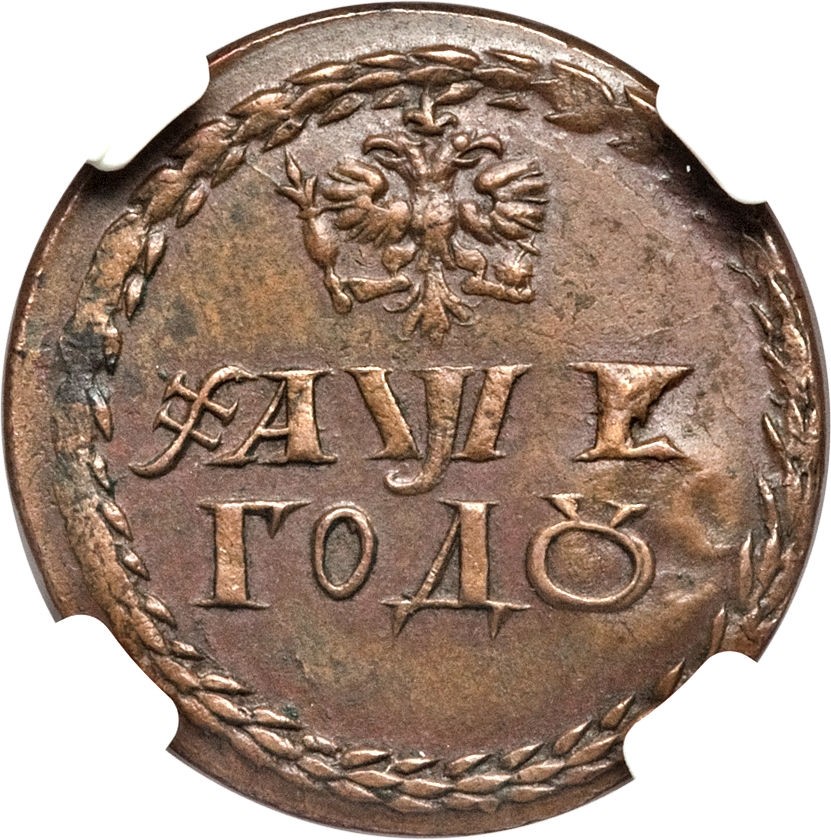 Russia's imperial eagle is the primary design element on the reverse of the 1705 beard tax token that sold for $4,112 at auction in 2013. Image courtesy of Heritage Auctions.

In 1705, Russian Czar Peter the Great instituted a tax on beards as part of his plan to modernize and westernize his backward country.

Peasants and clerics were exempt, but everyone else who wanted to wear a beard had to pay an annual fee and carry a medal as proof of payment.  The first medals were round affairs showing a nose, mustache and beard on one side and the imperial eagle on the reverse.  Later issues were diamond shaped and dropped the images but bore the legend, “The beard is an unnecessary burden.”

Beard tax tokens are prized by collectors, partly for their novelty and partly for their sheer ridiculousness.  They are scarce and often sell for thousands of dollars when they appear at auction.