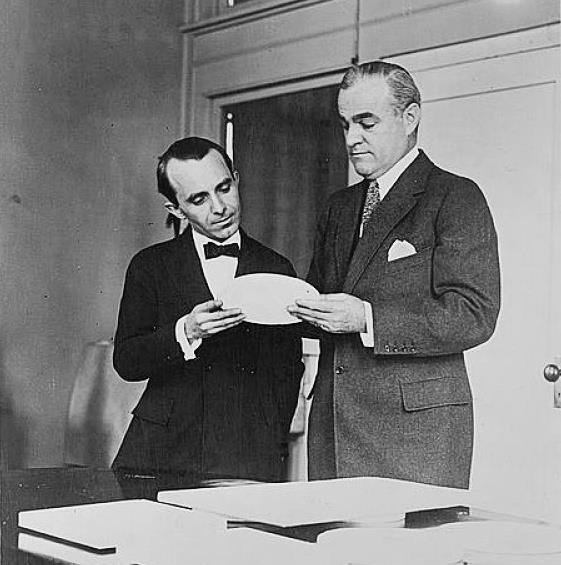 The U.S. Mint struck half cents, 2-cent pieces and 3-cent pieces, but never did it see the need for a 2 ½-cent piece — until 1916. That’s the year Mint Director Robert Wickliffe Woolley declared the need for one.

His out-of-left-field proposal appeared in that year’s Annual Report of the Director of the Mint.

“I beg to suggest the advisability of recommending to Congress the passage of an act authorizing the coinage of a copper and nickel 2½-cent piece. Inquiry, prompted by requests contained in letters from many parts of the country, discloses a real demand for it. When you consider that we have no coin between the 1-cent piece and the 5-cent piece and that many an article worth more than a cent and less than 5 cents sells for the latter price because of the lack of an intermediate monetary unit of value, the economic importance of it will be readily seen.

“Articles which now sell for 15 cents each or two for a quarter would sell for 12½ cents. Popular shops, such as the 5 and 10 cent stores, would undoubtedly place articles now selling two for 5 cents on sale at 2½ cents each; and it is not at all unlikely that street car companies would carry children of school age for 2½ cents.”

A few days after the report was released on Nov. 30, 1916, the Pittsburgh Post-Gazette took up the cause in a front-page story on Dec. 10. The paper also opined the Mint should strike 2-cent and 3-cent pieces again.

“The need for new denominations is also indicated by the fact that in certain sections of the country merchants will give the customer a brass or pasteboard check in change which is good for ½ or 2 ½ cents. In New Orleans such practice is common and even though the law does not provide, the people have made coins themselves, which are called ‘quarties.’ In the New England states these personal coins have also been observed in circulation and even in Pittsburgh, where it is asserted that certain dispensers of ‘wet goods’ have long handed out a 2½ cent check when 15 cents was passed over the bar for a two-for-a-quarter drink.”

Woolley’s proposal apparently went nowhere. No patterns are known and the next Mint director Raymond T. Baker made no mention of the proposed denomination in his 1917 annual report.

Next: The Coke coin