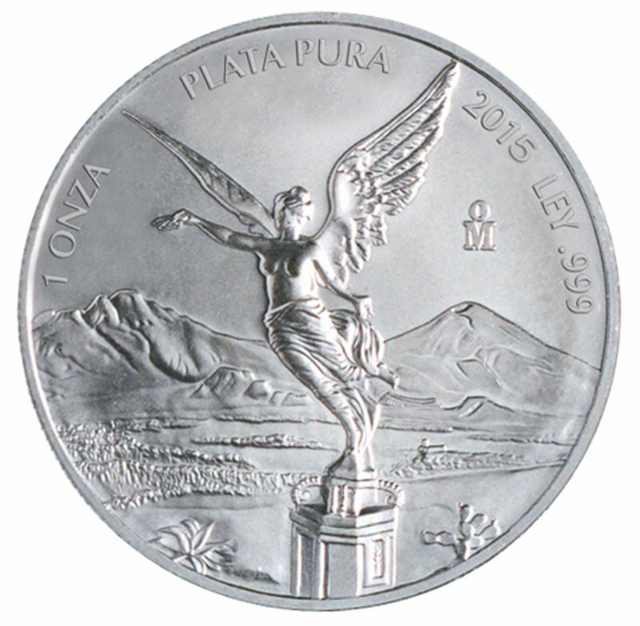 The release of the 2015 Libertad coins was delayed while the Bank of Mexico waited for authorization to increase premiums on them by 25 percent.

The much anticipated release of 2015 Mexican silver and gold Libertad coins is coming later in March, according to Pat Stovall of Lois and Don Bailey and Son Numismatic Services in Houston. His company is one of U.S. distributors of these Mexican bullion coins, which are typically the last major world bullion coins released each year.

The release of the 2015 coins was delayed while the Bank of Mexico waited for authorization to increase premiums on these coins by 25 percent. This is the first time there has been an increase since the coins were first issued in the early 1980s.

Mr. Stovall added that the new coins will be released in batches each week rather than all at once, and that the silver kilos are coming in June.

For now only the silver and gold bullion coins are being issued, which include for the silver—5-ounce, 2-ounce, 1-ounce, half-ounce, quarter-ounce, tenth-ounce, and twentieth-ounce coins—and for the gold—1-ounce, half-ounce, quarter-ounce, tenth-ounce, and twentieth-ounce coins. The proof versions will come later.

In addition, for the second year in a row a special seven-coin proof set in a wooden box with a mintage of only 250 sets is being issued. The 2014 sets have done very well on the secondary market, and the 2015 sets sold out on pre-release instantly and will be available later in the spring hopefully. Delivery of the 2014 sets was delayed by several months, but those who pre-ordered were rewarded for their patience when secondary prices quickly reached more than double the issue price of about $500.

Finally, Libertad mintages are never known until all coins have been sold to distributors, and those figures are typically not available until much later in the year. But Mr. Stovall said he expects the 2015 mintages to be similar to last year’s, though that may change. As he often says: “Everything is fluid in Mexico.”

The year 2014 saw some of the lowest mintages in certain coins in this series, and insiders say the Mexican Mint will be increasing production starting next year.