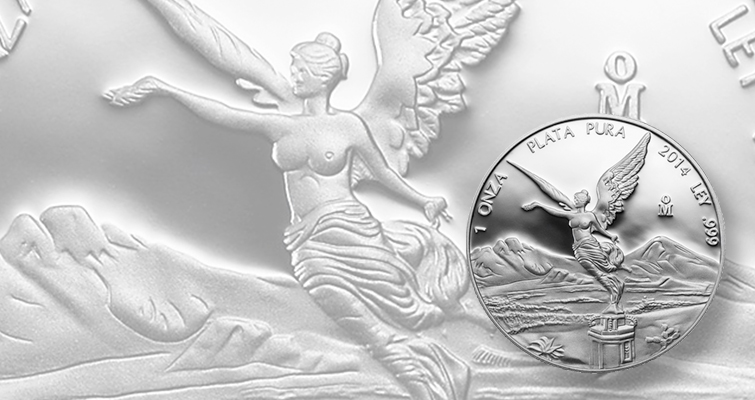 2015 Proof Libertads are hitting the market now. Pictured is a 2014 Proof example. 2015 is likely to be one of the lowest mintage years, and the first-ever Reverse Proof silver Libertads (which PCGS and NGC call "Proof Like") are out in in low mintages as well. 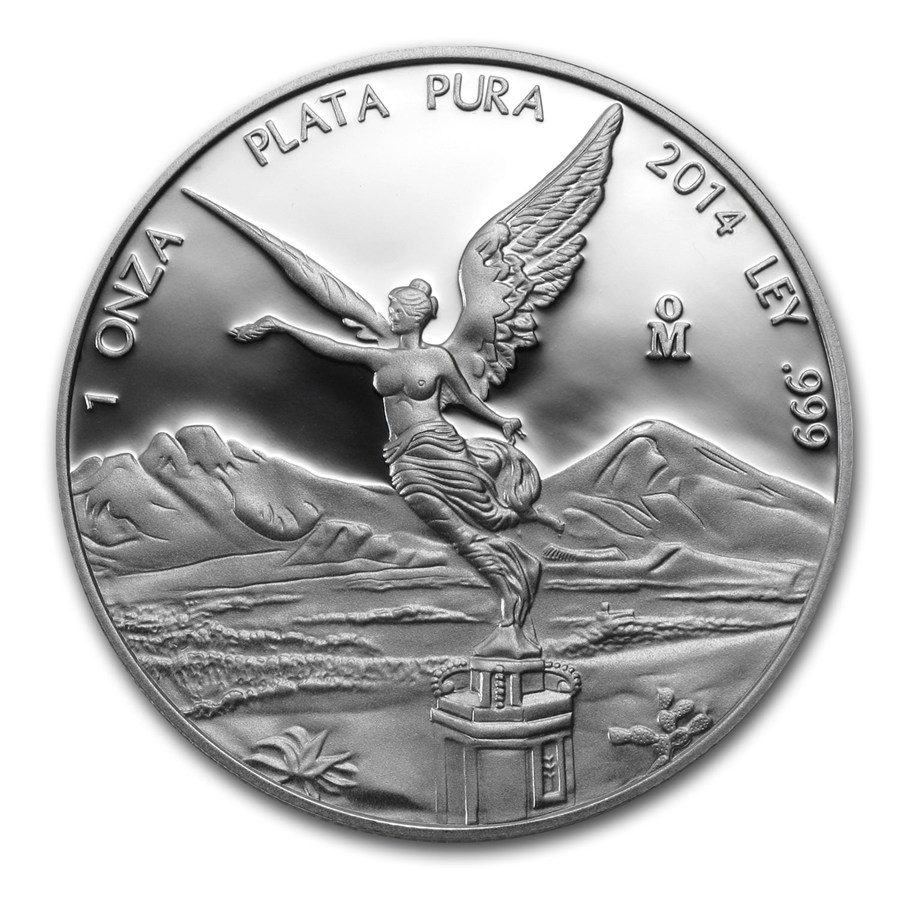 2015 Proof Libertads are hitting the market now. Coin pictured is a 2014 Proof example. The 2015 issue is likely to represent one of the lowest mintage years, and the first-ever Reverse Proof silver Libertads have been issued in low mintages as well and are being graded by PCGS and NGC as "Proof Like."
Previous
Next

There have been several interesting developments in the past few weeks regarding one of my favorite modern world coin series, the Mexican silver Libertad.

Libertads, which are also struck in gold, are issued both in bullion strikes and in Proof, and both versions are very popular with collectors. The coins are best known for their gorgeous design that depicts the statue of Winged Victoria, which sits on the top of the Angel of Independence, a prominent monument in Mexico City built in 1921 to mark the 100th anniversary of Mexican independence from Spain in 1821.

But what really gets collectors going about this series is their incredibly low mintages, even for the bullion issues, which make these coins very hard to find not long after their release.

Two important developments have emerged. First, as was the case in 2014, though perhaps even more so this year, the Proof versions, currently being released, are very hard to come by and are likely to represent one of the lowest mintage years.

One major U.S. distributor of coins from the Casa de Moneda, or Mexican Mint, Lois and Don Bailey and Son Numismatic Services, told me that their allocation of 2015 Proofs was a fraction of what they were hoping to receive. And another company, APMEX, has listed the 1-ounce Proof coin for sale at $140, which is more than twice the initial retail price of recent issues.

Although individual Proof coins are only being released now, the five- and seven-coin Proof sets in wooden boxes have been available for a while and are bringing strong premiums.

Proof coin mintages will not be known until later this year.

The other development is the release of the first-ever Reverse Proof silver Libertad, which Numismatic Guaranty Corp. and Professional Coin Grading Service are calling "Proof Like" when the coins are graded.

These coins (with a mintage of 1,500) were only released in two sets: a two-coin set with Reverse and regular Proof strikes, produced at APMEX's initiative (500 sets issued), and a three-coin set that also includes the regular business strike, which was only given to Mexican Bank employees (1,000 sets issued). A small number of those sets have made their way into the U.S.

Finally, I was struck by an exchange I came across on NGC's Collectors Society blog on the long-term potential for these coins.

I would simply say that while the market for American Eagles is likely to remain much larger, the market for Libertads continues to grow, and those who have underestimated these coins have missed out on great opportunities.