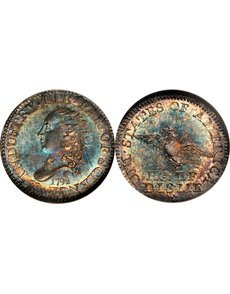 Coinage production at the fledgling United States Mint at Philadelphia in 1792 included silver half dismes, and this is one of those pieces. 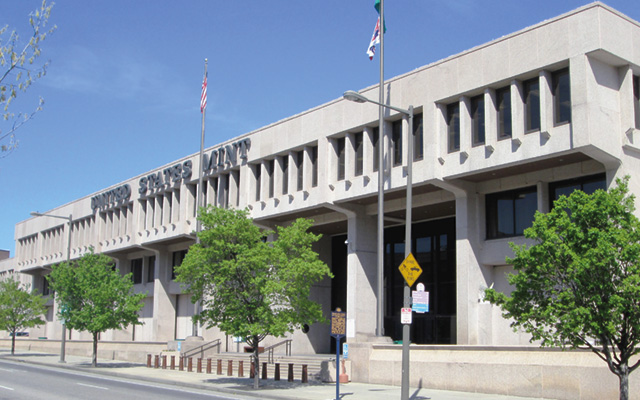 The current Philadelphia Mint at Fifth and Arch streets is the fourth structure to house primary coinage production operations for the United States.

The first U.S. Mint at Philadelphia was built on Seventh Street in 1792. It was there in the facility’s several buildings that many of the nation's first patterns and coins were struck, including 1792 silver half dismes, 1792 Birch cents and 1792 Silver Center cents; 1793 Flowing Hair, Chain and 1793 Flowing Hair, Wreath cents; and 1794 Flowing Hair dollars.

Since 1792, the Philadelphia Mint has been the sole home to the U.S. Mint’s engraving staff of sculptor-engravers and medallic sculptors. Today, the Philadelphia facility, at Fifth and Arch streets, also houses all of the technology and design development staff and produces most of the tooling for the production of coins.