Market Analysis: Where’s the New Orleans ‘O’ Mint mark on this half dollar? 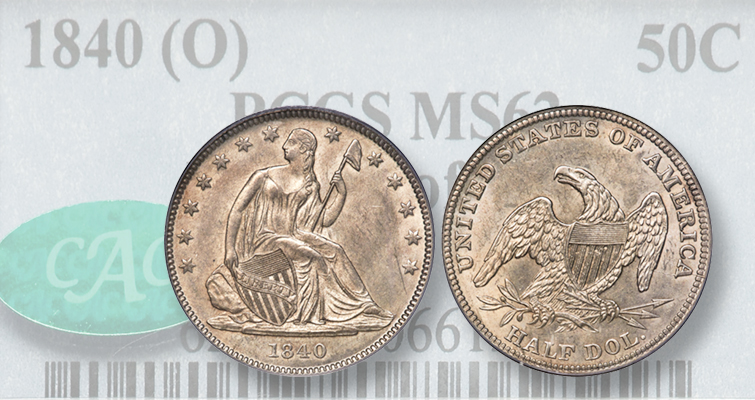 This 1840-(O) Seated Liberty half dollar was struck at the New Orleans Mint, even though it lacks an “O” Mint mark under the eagle on the reverse. The MS-62 variety with CAC approval brought $5,520 on April 23.

The various Seated Liberty silver series are full of fascinating issues, like the “Missing Mint mark” variety of the 1840-(O) coin. While there’s no “O” Mint mark on the reverse, the issue was struck at the New Orleans Mint, and as Heritage explains, “At one time thought to be a Philadelphia Mint issue, the 1840-(O) is essentially a muling of two half dollar series — pairing a Seated half obverse with an 1839 Capped Bust half reverse (type of 1838 with Medium Letters and a larger eagle).”

Heritage adds, “Interestingly, two 1840 O-mint varieties were minted with the same omission, when later in the emission sequence a different obverse was paired with the same reverse.” Despite the absence of a reverse Mint mark under the eagle, we know the issues was produced at the New Orleans Mint and certification services recognize this by putting the “O” in parentheses.

This one is graded Mint State 62 by PCGS with a green CAC sticker and comes from Die Pair 4, listed as WB-101 in the book The Complete Guide to Liberty Seated Half Dollars. Described by Heritage as “a pleasing and lustrous silver-gray example, with a touch of weakness on the obverse high points but a sharp reverse despite numerous die cracks,” the half dollar sold for $5,520. 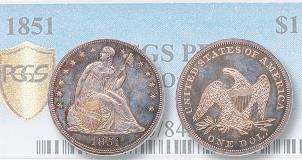 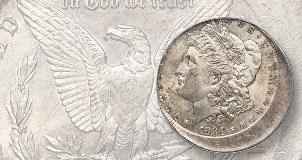 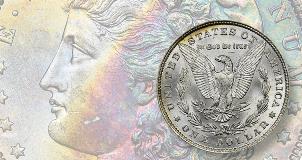