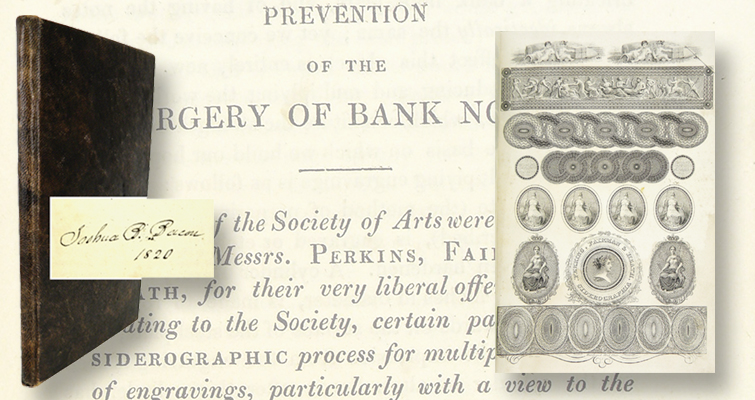 A collection of five articles from the firm Perkins, Fairman, and Heath, including one describing engraving techniques to prevent counterfeit bank notes, surpassed expectations, realizing $22,800 to lead bidding at Kolbe & Fanning’s May 30 auction.

Counterfeit money is an age-old problem, and bidders were fascinated by two rare 19th century publications addressing the issue at Kolbe & Fanning Numismatic Booksellers’ May 30 auction.

Leading bidding at $22,800 was one of two known copies of a special printing of 1820 articles discussing inventions and innovations made by the firm Perkins, Fairman & Heath. An offprint from the Transactions of the Society, Instituted at London, for the Encouragement of Arts, Manufactures, and Commerce (London: Volume XXXVIII, 1821), it included a study on the prevention of the forgery of bank notes, and illustrated descriptions of four other technological and engineering feats for which the society awarded medals to Jacob Perkins in 1820.

The volume includes essays on diverse topics including improvements for ventilating the holds of ships, fire engine hoses, and an essay on “Drawing Off the Back Water from the Water Wheels.”

The article addressing the prevention of the forgery of bank notes is of interest to numismatists. As David Fanning explains, “The article focuses on a discussion of the ‘siderographic’ process developed by the firm, which allowed the printing of enormous numbers of impressions from a single set of hardened steel plates. The complexity of the designs that could be accommodated through the process points toward one of its advantages: the plate would be so expensive to produce as to make it impractical for counterfeiters. The high initial cost of the plates, however, would be more than offset by the dramatic increase in the number of impressions able to be printed from them: a selling point to a concern like the Bank of England.”

The leather-bound volume carried an inscription from Joshua B. Bacon and was dated 1820.

Another example sold for $7,637.50 at Stack’s Bowers Galleries’ in January 2015 where it was described as unique. When Coin World asked Fanning about the high price in light of the 2015 auction comparable and the estimate of $5,000 and up, he cited a general growth in interest in collecting paper money.

“Quite a lot of people find the subject of counterfeiting to be fascinating, so works in that area are always in demand,” Fanning said, adding, “Some early publications on the subject include exceptional engraved illustrations, often ones printed from steel plates of the same sort that were used in printing paper money. These illustrations can be beautiful and are always very intricate, as they are showing off the maker’s skill in rendering designs that would be impervious to counterfeiting.”

Another high price was seen when John S. Dye’s 1855 Bank Note Plate Delineator, with the descriptive subtitle, A Spurious and Altered Bill Detector, Giving Printed Descriptions of the Genuine Notes of Every Denomination, of all the Banks Doing Business Throughout the United States and British North America, realized $5,100 on an estimate of $1,500 and up.

While described as a “A well-worn copy, with spotting and foxing throughout; lacking rear cover. Removed from modern staple binder, with staples left intact,” the catalog explains that it is particularly noteworthy for having both Parts I and II. “This is the only known copy of this issue, which demonstrates that this initial effort — the first publication to tackle the problem of counterfeit paper money by distributing detailed yet concise descriptions of the appearance of genuine notes — was published in parts,” the catalog adds.

Dye observes the diversity of paper money circulating in the United States in the mid-19th century, writing, “The Paper currency of the United States is so varied in design, that the Counterfeiters could sport on the ignorance of the people, for no Detector that was ever published described the genuine note, the force of all publications that are devoted to money, being directed towards the spurious, altered and counterfeit.” His publication remained relevant for several decades before the United States government established a uniform national currency. 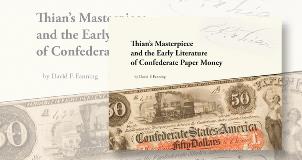 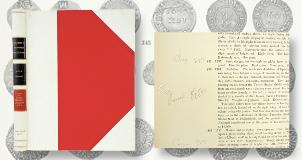 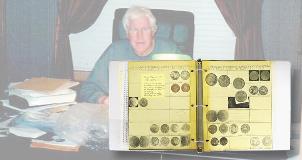