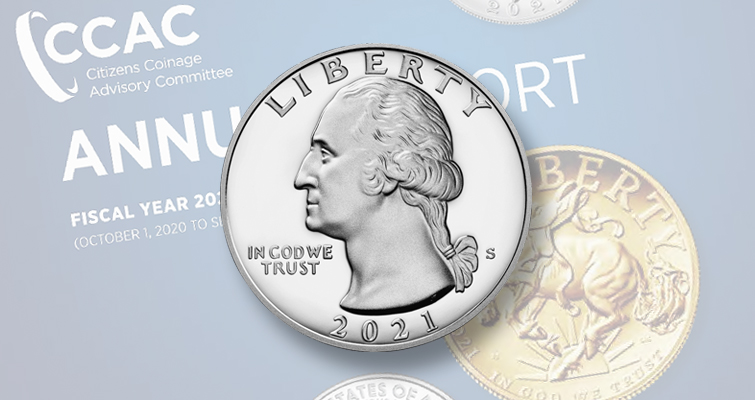 The CCAC’s Annual Report for Fiscal Year 2021 was forwarded to Congress after approval by the advisory panel on Oct. 19. 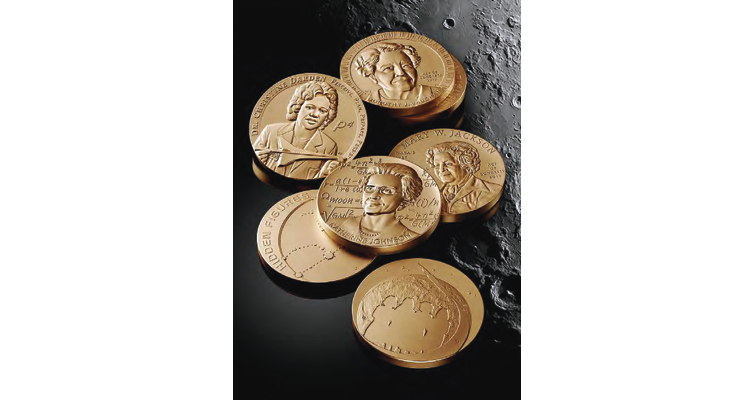 Designs for five Hidden Figures congressional gold medals recognizing contributions by the women who executed complex mathematical calculations for America’s developing space exploration program were recommended under the CCAC’s watch. Bronze duplicates of four of the medals are illustrated. 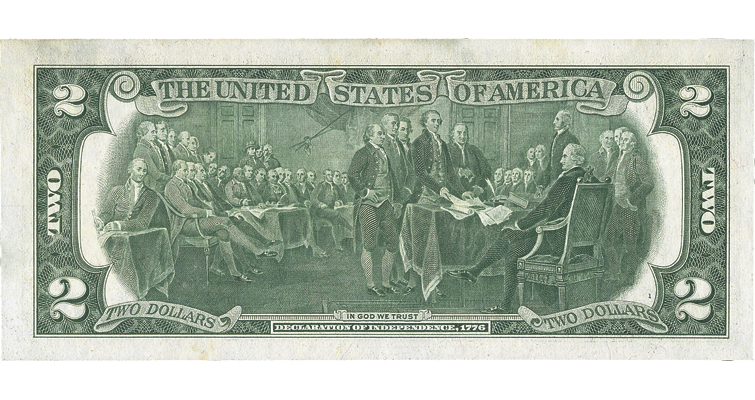 One CCAC proposal recommends a medal to honor the bravery and sacrifice of the signers of the Declaration of Independence, a scene featured in the vignette on the back of the Series 1976 $2 Federal Reserve note.

The Citizens Coinage Advisory Committee’s annual report to Congress for Fiscal Year 2021, which ended Sept. 30, was approved Oct. 19 by the coin and medal advisory panel.

Meeting virtually by teleconference because of COVID-19 safety protocols, the meeting also witnessed the swearing in of the panel’s newest member, Dr. Harcourt Fuller.

The annual report chronicles the advisory panel’s activities between Oct. 1, 2020, and Sept. 30, 2021, considering and recommending proposed designs to the Treasury secretary for U.S. coins and medals, and suggesting themes for commemorative coin programs.

The panel also makes suggestions concerning designs proposed for one program to be retained for consideration, if necessary, for another, future program.

The annual report also includes recommendations to the entire panel from the CCAC’s working group for potential coin and medal themes.

The panel’s second endorsement was for a commemorative coin in honor of the 250th anniversary in 2026 of the Declaration of Independence.

The CCAC recommends a Semiquincentennial coin either in 2026 or in one of the three years preceding the milestone, recognizing that several significant anniversaries occurring in those three years could be appropriate themes for coins. Legislation would be needed for commemorative programs for any of those anniversaries.

A third CCAC recommendation was for a national medal to posthumously recognize the bravery and sacrifice of the signers of the Declaration of Independence. The CCAC report notes that the medal could be a congressional gold medal, should Congress move in that direction.

“It was additionally noted that the Mint has previously recognized past celebrations of the Declaration of Independence with national medals, and that such a medal, along with the redesigns of the circulating coins in 2026 as authorized by the Circulating Collectible Coin Redesign Act of 2020 (Public Law 116-330), would likely be very successful with collectors,” according to the submitted CCAC annual report.

Acting U.S. Mint Director Alison Doone administered the oath to Fuller, who was named to the panel by Treasury Secretary Janet Yellen on Aug. 25, upon the recommendation by Speaker of the House Nancy Pelosi.

Fuller, a lifelong numismatist, is currently an associate professor of African and African Diaspora History in the Department of History at Georgia State University in Atlanta. 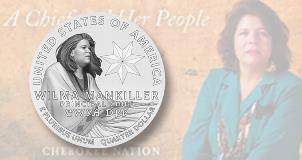 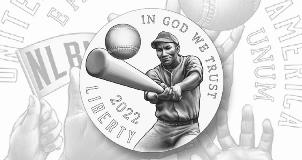 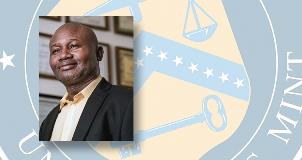