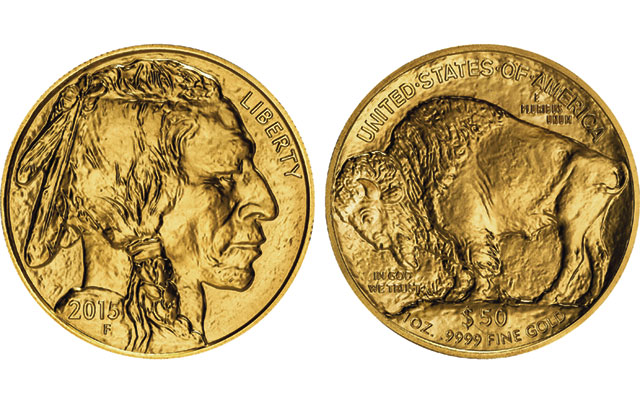 The decade beginning the 2000s saw the introduction of three new series of bullion coins from the U.S. Mint and the authorization of a fourth.

The first new bullion coin program made its debut in 2006, when the Mint began striking American Buffalo 1-ounce $50 gold bullion coins under authority granted in the Presidential $1 Coin Act of 2005. These first .9999 fine gold coins of the United States have been struck by the U.S. Mint from 2006 to present. The Mint has produced bullion and collector versions of the American Buffalo gold coins: 1-ounce Proof and bullion versions every year from 2006 to 2010; and collector (Burnished) Uncirculated 1-ounce, half-ounce ($25), quarter-ounce ($10) and tenth-ounce ($5) coins in 2008 only.

All of the American Buffalo gold coins are struck at the West Point Mint, but only the collector versions bear the W Mint mark.

The second new bullion coin program was also authorized under the Presidential $1 Coin Act of 2005. Under the act, First Spouse gold $10 coins were first struck in 2007 to coincide with the Presidential dollar coin series. Though many in the hobby view them as commemorative in nature, the authorizing legislation defines them as gold bullion coins.

In 2010, in conjunction with the America the Beautiful quarter dollar program commencing that year, the U.S. Mint struck the third new program: America the Beautiful 5-ounce silver bullion coins. Though officially denominated as “quarter dollars,” the 3-inch-diameter coins were intended as investment pieces. The designs of the bullion coins match the designs of the quarter dollars, though instead of the quarter’s reeded edges, the 5-ounce bullion coins have smooth edges with an incused edge inscription reading .999 fine silver 5.0 ounce.

What does the future look like for U.S. bullion coins? While silver, gold and platinum coins will likely continue to be struck, collectors can look forward to bullion coins in a new precious metal—
palladium.

The American Eagle Palladium Bullion Coin Act of 2010 (H.R. 6166) was signed into law by President Barack Obama on Dec. 14, 2010. It calls for the production of a 1-ounce .9995 fine palladium coin, denominated $25. The source material is to be mined from natural deposits in the United States purchased within one year from when the ore was mined.

Production of the new bullion coins, however, is contingent on completion of a study ensuring that the coins can be produced and sold with no net cost to American taxpayers.

The coins would be struck in both Proof and Uncirculated finishes, but “the surface treatment of each year’s proof or uncirculated version [must differ] in some material way from that of the preceding year.”