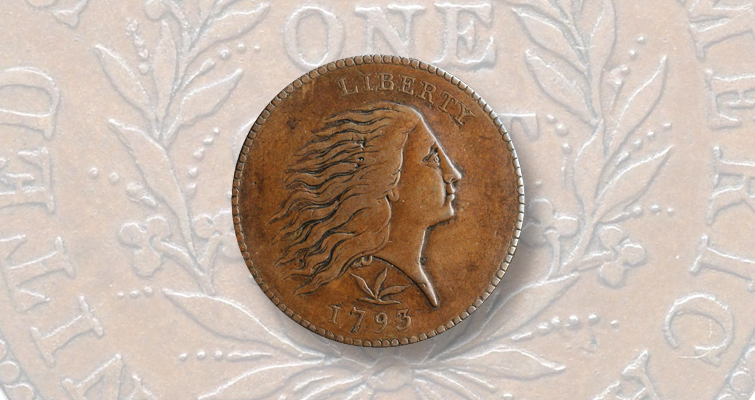 One of the most charming pieces in the recent consignment of the Bill Woytasek collection was a “Smith Counterfeit” 1793-dated Flowing Hair, Wreath, Vine and Bars cent produced around 1860. William D. Smith was based in New York City and “used worn-down, thick planchet large cents as his canvases and painstakingly re-engraved the entire design of each side (as well as the edge) with incredible skill,” according to Stack’s Bowers Galleries.

Smith’s Wreath cents are most frequently encountered today, though he reworked all three types of 1793 cents.

Stack’s Bowers graded this one Extremely Fine 40, calling it “one of the finer examples known, both in terms of stylistic execution and surface quality. The cataloger praised the smooth and well-preserved surfaces, “light chocolate brown in color.”

“These ‘Smith Counterfeits’ have long been collectible, ever since W. Elliot Woodward first described one in an 1864 auction catalog, not long after they were made,” the cataloger writes. 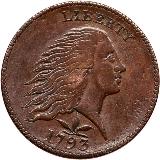 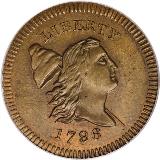 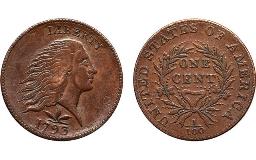