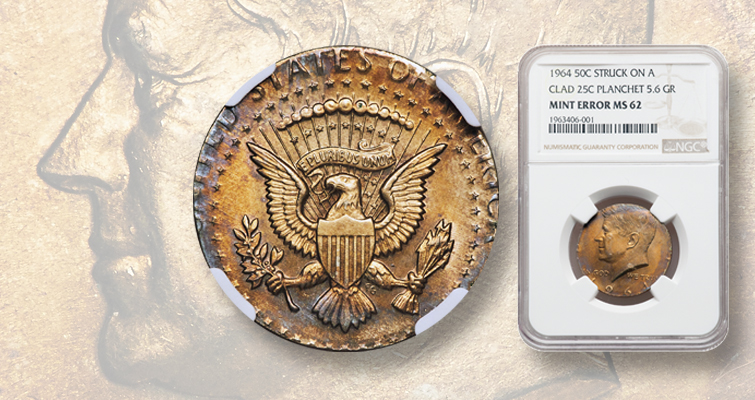 1964 was a transitional year at the U.S. Mint, as it switched from the Franklin half dollar, last issued in 1963, to the new, still 90 percent silver Kennedy half dollar in 1964.

Heritage praised the Numismatic Guaranty Corp. certified Mint State 62 error, writing, “Golden toning covers the satiny luster of this piece, yielding to lilac around the borders.” Heritage praised the sharp strike and nearly full details, while observing that HALF DOLLAR largely runs off the coin, since the quarter dollar planchet is obviously smaller than the design. It sold for $4,080 in the Heritage online auction of error coins on Dec. 15. 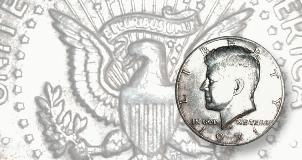 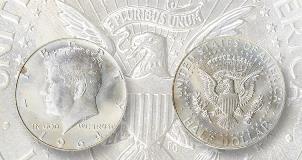