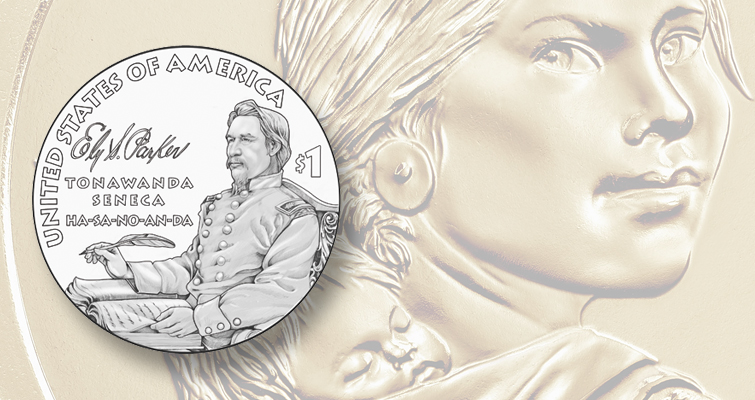 The design was approved by Treasury Secretary Janet Yellen after it and other proposed coin designs were considered by the Commission of Fine Arts and Citizens Coinage Advisory Committee.

The initials of both artists appear on the reverse.

When Confederate Gen. Robert E. Lee surrendered at Appomattox, Virginia, on the morning of April 9, 1865, Parker rendered the formal surrender documents in his own hand.

Parker is depicted in Army uniform, with a quill pen and book, along with a facsimile of his signature, as symbols of his experience as an expert communicator. The inscriptions TONAWANDA SENECA and HA-SA-NO-AN-DA recognize his tribe and the name given to him at birth.

Balan’s reverse design will be paired with the series’ common obverse that depicts Sacagawea, the guide for the Lewis and Clark Expedition, carrying her infant son, Jean Baptiste, on her back. The obverse, by sculptor Glenna Goodacre, appears on the obverse of the Sacagawea dollar from 2000 to 2008, and was continued in 2009 with the launch of the Native American dollar series.

The coin’s edge is inscribed incuse with the date, Mint mark, and E PLURBUS UNUM. Those elements were moved, beginning in 2009, from the obverse to the edge, to allow more room for the obverse design.

The Native American dollar are typically offered in circulation-quality in bag, boxes and roll quantities and in various numismatic products, including the annual Proof set and Silver Proof set.

Sales of the circulation-quality 2022 coins are scheduled to begin Feb. 9. Both Philadelphia Mint and Denver Mint 2022 Native American dollars will be offered starting on that date. 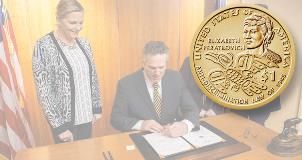 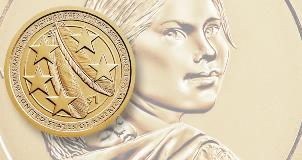