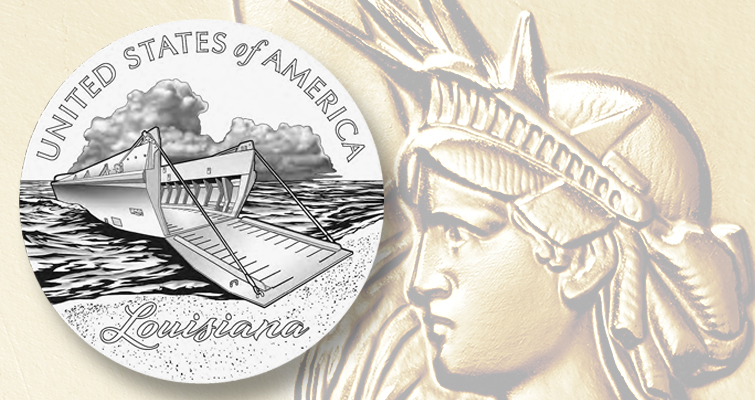 The Landing Craft Vehicle and Personnel (LCVP), or Higgins Boat that saw heavy action in World War II is recommended for the reverse design of the U.S. Mint’s 2023 American Innovation, Louisiana dollar. 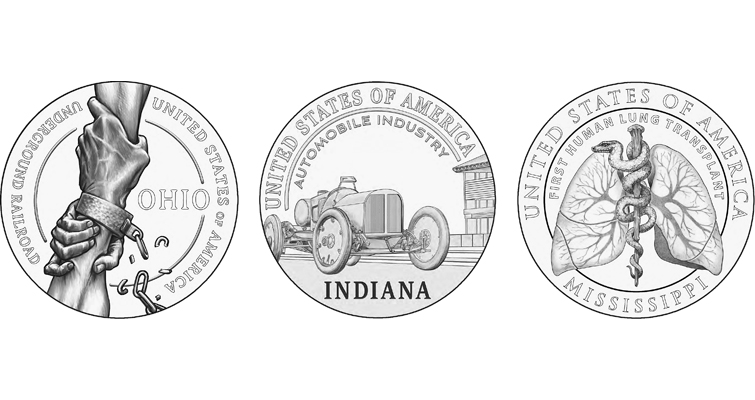 The Commission of Fine Arts recommended these designs for the 2023 American Innovation dollars representing Ohio, Indiana and Mississippi.

Proposed designs were recommended May 20 by the Commission of Fine Arts for the reverses of the 2023 American Innovation dollar coins.

The designs are reflective of innovations in the states of Ohio, Louisiana, Indiana and Mississippi.

According to the U.S. Mint’s design narrative, “Andrew Higgins, the man behind Higgins Industries of New Orleans, Louisiana, was known for being an innovator and an entrepreneur. Higgins developed the ‘Eureka’ boat as a craft that could easily navigate the shallow waters of the Louisiana marshes and swamps. This design would later be adapted to military specifications for a landing craft.

“In 1938, the U.S. Navy and Marine Corps began testing what became known as the ‘Higgins Boat,’ the boat that would go on to change the course of World War II. The Landing Craft Vehicle and Personnel (LCVP), or Higgins Boat, allowed for military personnel, equipment, and vehicles to easily unload onto an open beach through a front ramp on the boat. Having the capability to maneuver in only 10 inches of water and creating more attack points on the beach, the Higgins Boat changed how the war was fought and dramatically improved the outcome of the Normandy landings. The unorthodox construction used plywood to save money and steel. 23,358 LCVPs were made during World War II.”

The CFA-recommended Indiana design focuses on a single car, noting the state’s contributions to the automobile industry.

The design “represents the growing popularity of racing in Indiana with a turn-of-the-century race car positioned at the starting line. Racing necessitated several automobile improvements, including the addition of a rearview mirror.”

“The additional inscription AUTOMOBILE INDUSTRY is arced across the top of the design.”

The proposed Mississippi dollar reverse design the CFA recommends focuses on the state’s legacy as the location for the first human lung transplant.

The design depicts the Rod of Asclepius superimposed above a stylized rendering a pair of human lungs.

According to the narrative, “Following the surgery, the patient lived for almost three weeks after the transplant, before succumbing to renal failure, a condition that was unrelated to the transplant. The achievement, however, was undeniable.

“The significance of Dr. Hardy’s initial human lung transplant lies in the demonstration that the technical aspects of the surgical procedure in a human could allow survival and function of a human lung, and that the rejection of the transplant could be prevented for a period of time with then-available immunotherapy.”

The design both groups recommend for the Ohio dollar focuses on the people of the state’s involvement with the Underground Railroad during the American Civil War.

The recommended design depicts “two strong hands grasped together, the upper arm pulling the lower arm upward, representing the support and strength required by both parties on the Underground Railroad.

“A chain fastened to a rustic shackle around the lower arm’s wrist snaps and fragments, alluding to the hope of freedom.” 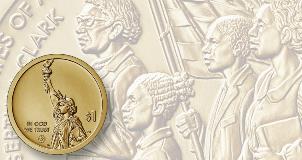 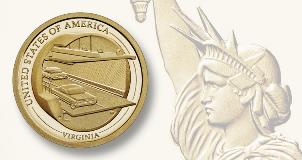 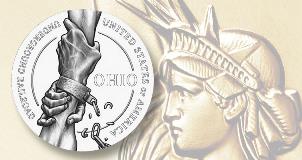