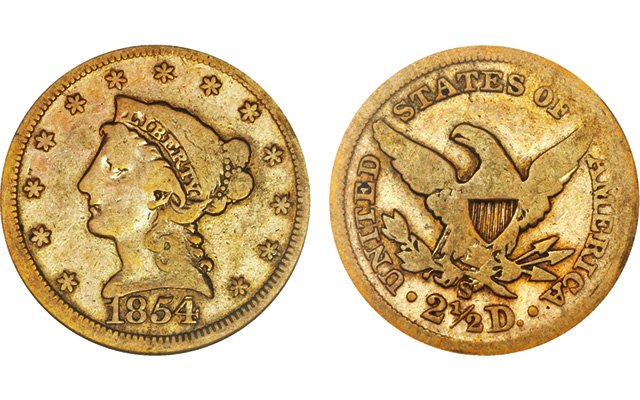 Production during the inaugural year at the San Francisco Mint in 1854 included 246 1954-S Coronet gold $2.50 quarter eagles, of which 12 are known today. 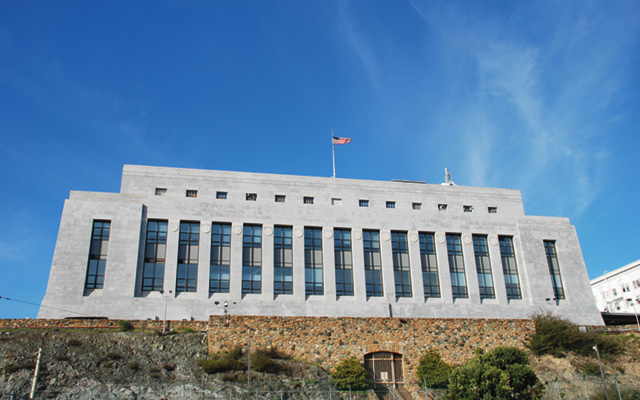 The San Francisco Mint at 155 Hermann Street is not open to public tours. It is the third such structure to serve as a Mint in San Francisco since the first Branch Mint in the city opened in 1854.

The discovery of gold in California in 1849 forced the need for a Branch Mint of the United States on the West Coast to refine the newly mined gold for striking into federal coinage instead of shipping the metal to the Philadelphia Mint for the same purpose. Private minters filled the void until Congress approved in 1852 a federal coinage facility to be located in San Francisco.

The first San Francisco Mint opened for production in 1854 in one of the private mint facilities in the city, but it didn’t take long for authorities to realize production would outgrow the facility’s structural confines.

Among the inaugural year's production were 246 1854-S Coronet gold $2.50 quarter eagles, 12 of which are reported known today.

In the years following World War II, officials determined the Philadelphia and Denver Mints were capable of handling the nation’s coinage needs. Coinage operations at the second San Francisco Mint, opened in 1874, were suspended in March 1955, with all production equipment removed. The facility was converted to an Assay Office, a status formally designated by Congress on July 11, 1962.