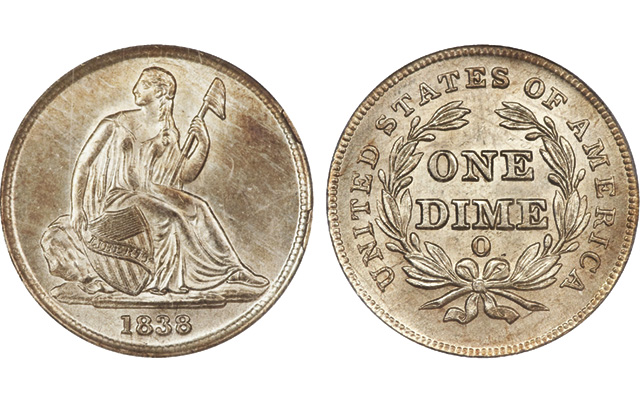 The first coins to bear the O Mint mark of the Branch Mint of the United States at New Orleans were the 1838-O Seated Liberty dimes. 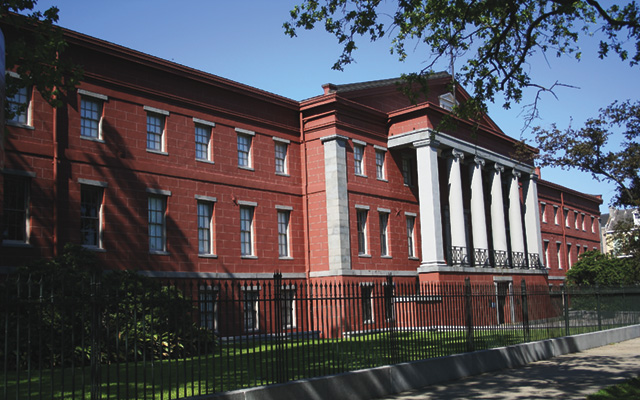 The structure that served from 1838 to 1909 as a Branch Mint of the United States in New Orleans currently functions as the Louisiana State Museum.

The New Orleans Mint was authorized by Congress on March 3, 1835.

The cornerstone of the original three-story structure was put in place in September 1835. Construction was completed in 1838, with operations beginning March 8.

The state of Louisiana took control of coinage production on Jan. 31, 1861, using the same staff that was employed under federal control. On March 31, 1861, control of the facility and its coinage operations was seized by the Confederate States of America and remained under their control until close on May 31, 1861.

With Union troops recapturing New Orleans on May 1, 1862, control of the New Orleans Mint returned to federal authority.

Coinage production resumed in 1879, and ceased for the final time in 1909.