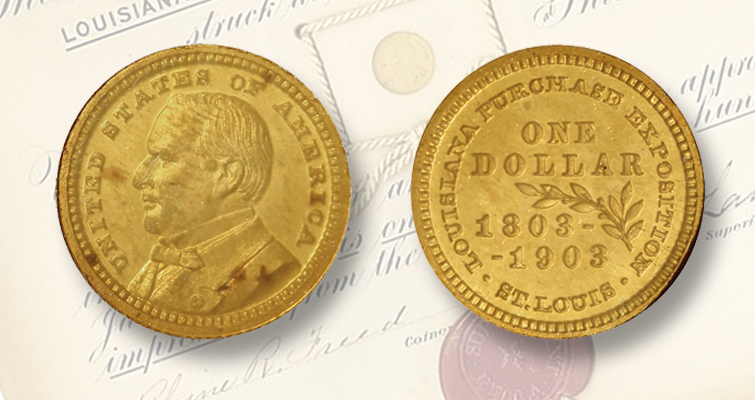 A Proof 1903 Louisiana Purchase Exposition gold dollar offered in its original holder was described as “untouched since the day it left the Philadelphia Mint” and realized $16,800.

The 1903 Louisiana Purchase Exposition gold dollar celebrating the expo held in St. Louis the following year was produced in two types. One depicted Thomas Jefferson, who was president when the Louisiana Territory was purchased from France, and the other shows President William McKinley, who sanctioned the exposition but was assassinated before it was opened.

The Philadelphia Mint struck 17,500 of each type, with designs by William Barber.

The designs are best represented by the rare Proof strikes. Stack’s Bowers Galleries offered in its March 25 auction a Proof McKinley gold dollar in its original Philadelphia Mint holder, with the Mint’s wax seal, signed by Superintendent John M. Landis and Coiner Rhine R. Freed. One of just 100 Proof coins struck of the McKinley type, it was offered intact in its frame and thus, uncertified, with the cataloger calling it, “untouched since the day it left the Philadelphia Mint in 1903.” These are rarely seen with their original holders. It realized $16,800. 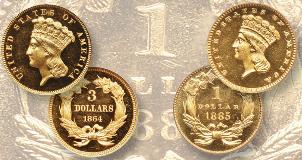 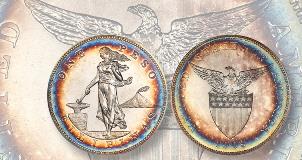 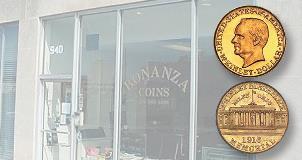