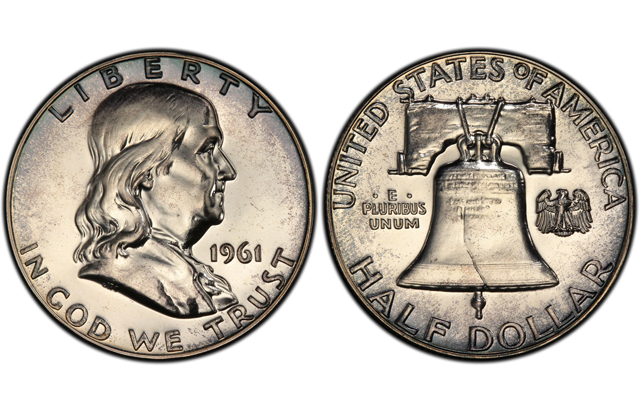 A Proof 67 1961 Franklin half dollar (like this one pulled from PCGS CoinFacts) is among the recent purchases reported by Coin World Facebook fans.

John Pharris: "I didn't get any coins but I did get a nice bottle of scotch."

R. Ingram Coins: "Just bought a bunch of slabs, haven't really seen them yet, though I know an 1894M Sovereign is included."