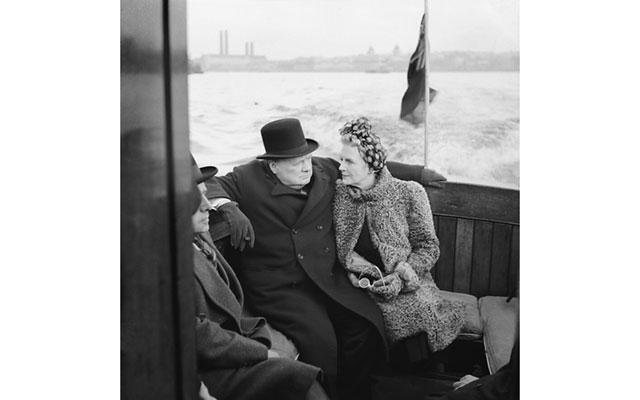 This photo, taken shortly after Winston Churchill became British prime minister in 1940, shows him with his wife Clementine, riding a naval auxiliary patrol boat as it travels down the Thames River. 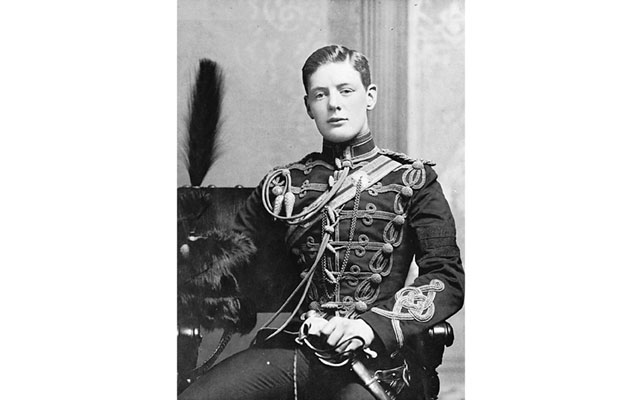 A portrait of 21-year-old Winston Churchill in his uniform as a second lieutenant of the 4th Hussars, taken in 1895. 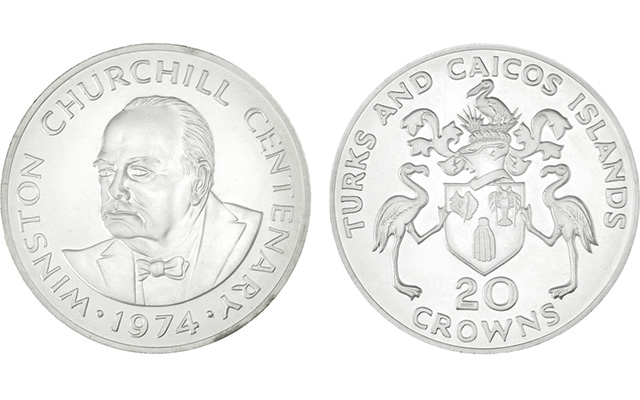 In 1974 Turks and Caicos Islands issued a 20-crown coin marking the centennial of Winston Churchill's birth.

Editor's note: The following is the first of a six-part Coin World series about collecting the medals, coins and paper money honoring Winston Churchill, prepared by Michele Orzano for the March 2015 monthly edition of Coin World.

The year 2015 marks the 50th anniversary of the death of Sir Winston Spencer Churchill.

He was one of those larger-than-life personalities who realize significant enough accomplishments that they can go by one name and be instantly recognized.

Even these many years after the events that brought him prominence, Churchill remains one of the most influential individuals of the 20th century.

Numismatic tributes for Churchill are abundant and more are on the horizon as anniversaries of significant events in his life arrive. Coins, medals and paper money laud his many accomplishments. Many of these items recognize his strength and unfailing march to victory during World War II, but a few medals mark his postwar activities.

“Soldier,” “politician,” “author,” “artist,” “historian,” “statesman,” “raconteur,” and “wit” are a few of the words that describe him and his contributions to his country and the world.

As he told the British people and Great Britain’s friends and enemies around the world in his first speech as prime minister, on May 13, 1940, three days after Nazi Germany invaded Holland and Belgium:

“You ask, what is our aim? I can answer in one word: Victory — victory at all costs, victory in spite of terror, victory, however long and hard the road may be; for without victory, there is no survival.”

He was born Nov. 20, 1874, at Blenheim Palace near Bladon in Oxfordshire, about 60 miles northwest of London.

After graduating from the Royal Military Academy Sandhurst, Churchill joined the British Army, serving in British India, Sudan, and other places.

In 1899, while a war correspondent for The Morning Post, a London newspaper, he became a prisoner of enemy forces during the Second Boer War, a conflict between Great Britain and Dutch settlers in South Africa.

His escape from his captors and other war-time events were the basis for his newspaper articles. He would go on to write many books, as well as speeches, and magazine articles throughout his long life.

One of his best known books is the six-volume The Second World War, published from 1948 to 1953. The moral of the book is best captured in Churchill’s own words: “In War: Resolution, In Defeat: Defiance, In Victory: Magnanimity, In Peace: Goodwill.”

While his writing output and political campaigns awed even his critics, Churchill was also a husband, father and grandfather, before, during and after Britain’s turbulent years of war and recovery.

On Sept. 12, 1908, at the age of 33, he married 23-year-old Clementine Hozier. In 1922 the couple purchased Chartwell House in Kent, which remained the family home until Churchill’s death.

Though his duties often required long periods of separation, his wife and family and Chartwell and its gardens would remain his means of support and solace.