When a world’s ‘first’ is not a first: diamond coin 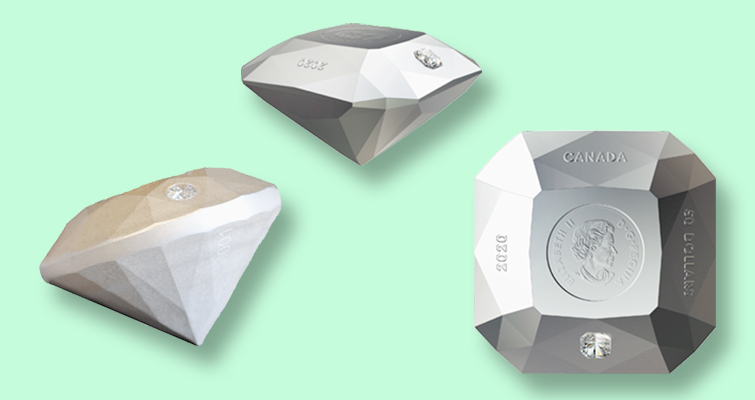 A new coin from Canada is shaped like a diamond, but it's not the first in the world to claim that honor. A 2016 coin from Niue (far left) minted by the Helvetic Mint is actually the first diamond-shaped coin in the world.

Images courtesy of the Royal Canadian Mint and the Helvetic Mint.

Diamonds may be a girl’s best friend, and they are also a very popular coin theme.

The Royal Canadian Mint on March 3 released a new coin that generated quite the buzz.

The RCM was careful to distinguish in its sales verbiage that this coin is that Mint’s first such shaped coin, stating, “This is the first time we’ve struck such a uniquely shaped and dimensional fully coin. An engineering feat that was over a year in the making!”

Media outlets, in picking up the news, have not recognized the distinction, creating an interesting study in what grabs media attention, and how media professionals unfamiliar with numismatics can mistakenly recast information.

Both Yahoo Finance and The Robb Report reported that this coin was the world’s first diamond-shaped coin.

The new Canadian coin is the same shape and patented cut (square) as the 0.2-carat Forevermark Black Label Square diamond embedded in one of the coin’s engraved facets, according to the RCM.

But, it isn’t the first-minted diamond-shaped coin in the world — that honor belongs to the 2016 .999 fine silver $2 coin from Niue that was issued through the Helvetic Mint. Sales materials from 2016 stress that the Niue coin was not cast but was minted from dies.

The Niue coin weighs 44 grams and includes a 0.1-carat diamond. It had a mintage limit of 222 pieces and retails for about $600 today.

Accurate reporting on such novel coins can be difficult for the hobby press as well, as issuers aren’t always forthcoming with details about their new releases or even sales channels. 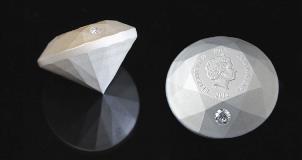 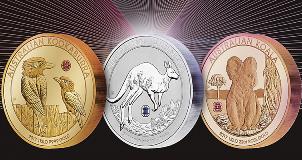 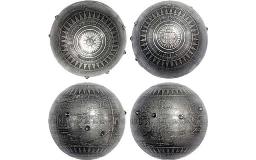