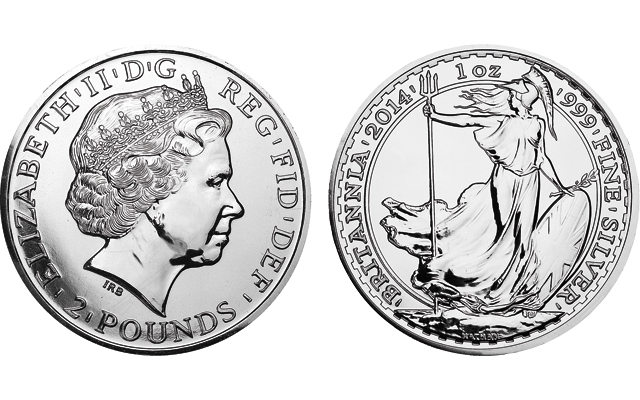 Efforts to expand the Royal Mint’s bullion market share, especially in Asia, have been successful, according to mint officials, but also led to two embarrassing “mule” errors like the Britannia silver bullion coins struck with an obverse die intended for a Year of the Horse silver bullion coin. 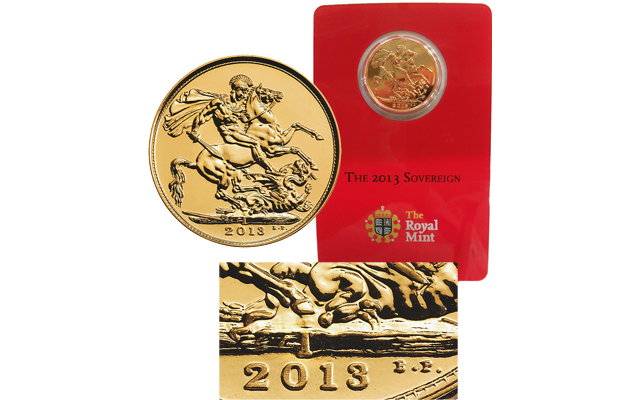 About one year ago, the Royal Mint announced a joint partnership to sell gold sovereigns struck in India. The coins are denoted with an I Mint mark, seen in close-up.

Only a small portion of the Royal Mint’s bullion production was visible during our visit — one machine that can strike 30,000 sovereigns a day remained in the Base, Bullion and Medals Cell, the rest of the machinery having been moved to a new building on site dedicated to bullion coin production.

The new dedicated area was necessary after an increased focus on bullion coinage beginning in December 2012. The Royal Mint altered the fineness of its silver and gold Britannia bullion coins to .999 fine (pure), stepping away from .925 fine silver and .9167 fine gold alloys.

The abandonment of tradition was viewed as radical by some, but the move allows the Royal Mint to compete in the Asian and Indian markets where the pure gold is coveted.

The first entry into an Asian theme was the issue of a Year of the Snake privy mark Britannia silver bullion coin for 2013. Building on that, the Royal Mint last fall launched an annual Lunar Calendar series of bullion coins, with the Year of the Horse theme for 2014.

The effort has not come without missteps — Coin World broke the news (March 17 issue) that the Royal Mint accidentally created two major “mule” errors, incorrectly pairing obverse and reverse dies for two silver coins. One mule features a reverse with Britannia and an obverse intended for the Horse silver coin, which lacks dentils, and the other error pairs the Horse reverse with the obverse intended for the Britannia issues, which features dentils around the coin.

The Royal Mint acknowledges that approximately 17,000 of the former errors and 38,000 of the latter error were created.

Other efforts have had mixed results.

About one year ago, the Royal Mint announced a partnership with MMTC Limited, an Indian company, as well as the Indian subsidiary of the Swiss company PAMP to strike gold sovereigns in India to expand its market share there. Soon after, the Indian government clamped down on gold imports in the wake of a major trade imbalance.

Bissett said in a statement that the move into India was meant for the long-term, since “the Sovereign is widely recognised in India and has a great history there.”

According to Victoria Newman, a spokesperson for the Royal Mint, in total 75,000 of the 1-ounce India sovereigns were sold dated 2013, with production of the 2014 coin about to begin.

Domestically, the Royal Mint is reaching for a new audience with innovations like the 2013 silver £20 coin that sold for £20. On April 16, the Royal Mint announced that the coin had sold out all of its mintage of 250,000 coins.

The concept of selling collector coins at face value is borrowed from the Royal Canadian Mint, who debuted a similar ($20 for $20) program in 2011 and whose success has spawned two extensions, $50 and $100 coins also sold at face value.

Despite the growing size of its collector and bullion offerings (collector coins composed nearly 70 percent of sales in the last two fiscal years), the Royal Mint still applies a hands-on approach to many of its products.

During our visit, employee Barbara Williams was packaging annual Uncirculated coin sets at a station in the Collector Coin Production cell. Another employee was packaging 1998 10-latu silver coins for the Bank of Latvia, a customer of the Royal Mint for some 80 years.

To achieve pad printing on a coin of Bermuda showing fish, the dies are manually taped up before receiving frosting that allows the colors to better adhere to the surface. In an age when many mints laser frost dies, handcrafting still has a role at the Royal Mint.

The blend of tradition and technology, growth and constancy, has been shaping the Royal Mint since a major reorganization from 2006 and 2008 as planning for the 2012 Olympics and the Diamond Jubilee of Queen Elizabeth II in 2012 were taking place. The Royal Wedding of 2011 and Royal Baby in 2013 have also offered the Royal Mint a greater platform for reaching new collectors and selling more coins.

Using traditional media platforms as well as social media, the Royal Mint is prodding residents of the United Kingdom (especially children) to look at their coinage, offering folders for the many coin designs in denominations like the 50-pence coin. More than 70 percent of the 29 different designs of that denomination for the 2012 London Olympics have been pulled from circulation — the highest attrition rate for any coin, according to Bissett.

“We want to get them in the habit of looking at their coins. The children of today are the collectors of tomorrow,” Bissett said.

The year 2012 was the Royal Mint’s “best ever,” said Bissett, who suggested that possibly at least two additional face value £20 coins would come out in 2014, with themes of broad national interest and appeal.

“It has to be something that resonates with the public,” Bissett said. “We want to build Royal Mint advocates — we want people to say, ‘I didn’t know you did that!’