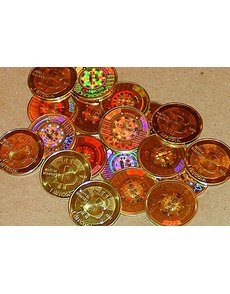 Congress’s first effort to deal with the burgeoning phenomena known as “virtual currencies” began with a dark scenario.

Sen. Tom Carper, D-Del., chaired a Nov. 18 hearing into the world of what he described as “digital cash” linking the new forms of money to cash laundering, drugs, weapons, child pornography and murder-for-hire schemes.

“Virtual currencies, perhaps most notably Bitcoin, have captured the imagination of some, struck fear among others and confused the heck out of the rest of us — including me,” he said as he opened the Senate Homeland Security Committee meeting.

Echoing the ominous tone of Carper’s remarks, a panel of federal regulators agreed that some very bad actors have been using this new form of money.

But they also agreed the new forms of currency has a place as a legitimate form of exchange and that current banking laws appear to be adequate to regulate it.

That pronouncement was, the New York Times said, “a big step toward the mainstream” for the new money. The value of Bitcoin units soared on the news.

Just what is the new form of exchange?

“Virtual currency is a medium of exchange ... not backed by a government ... circulated over a network, typically the Internet,” said Raman, citing an FBI definition.

She and the other government witnesses from the Secret Service and Treasury Department readily conceded that “cyber criminals were among the first illicit groups to take widespread advantage of virtual currency.”

Despite all the stories of crimes by users of these exchanges, the witnesses assured Carper that they believed current banking laws, especially anti-money laundering statutes, were sufficient.

In her prepared testimony Raman also predicted that the virtual currency systems “will continue to evolve and grow in popularity.”

And, she added: “That growth inevitably will be accompanied by an increase in illicit transactions.”

Even with the Obama administration’s blessing of digital currencies, the government witnesses at the hearing all recounted the exploits of federal prosecutors chasing criminals who used the Bitcoin and other forms of digital money for their activities.

The two-and-a-half-hour-long hearing also heard from avid backers of the new forms of exchange, including Patrick Murck, lawyer for the Washington-based Bitcoin Foundation.

“There is no Bitcoin company,” he told Carper. “There is no middleman between sender/buyer and the receiver/seller, as there is with, for example, PayPal, traditional payment cards, bank wires or other payment system.”

Any computer running Bitcoin software will work and can join the Bitcoin network, he said. The system is encrypted with “private keys” and each computer in the system needs a Bitcoin address to handle transactions.

The system “holds out a number of powerfully beneficial social and economic outcomes, including global financial inclusion, enhanced personal liberty and dignity, improved financial privacy and a stable money supply for people in countries where monetary instability may threaten prosperity and even peace,” Murck said in his prepared remarks.

But under questioning, he also conceded the system remains potentially dangerous.

“Consumers should be aware it is a high-risk environment,” he said.

The Bitcoin system was praised by a senior research fellow from George Mason University as “a remarkable technical achievement.”

He pleaded with the committee not to press for special regulations that would make it more difficult for a virtual currency to be based in the United States. America “could lose its head start” if it hampers development of Bitcoin technology, he argued.

Jeremy Allaire, founder of Circle Internet Financial, a group that supports virtual currencies, called global digital currencies “one of the most important technical and economic innovations of our time.”

What prompted those calls for security were several criminal cases federal prosecutors have filed against individuals whose enterprises were underwritten by virtual currencies.

One was the Costa Rico-based Liberty Reserve case, in which one co-founder has pleaded guilty to money laundering in an alleged $6 billion operation that involved credit card fraud, identity theft, investment fraud, computer hacking, narcotics trafficking and child pornography, according to the head of Treasury’s financial crimes section.

Another case is against the Silk Road, which supported the largest narcotic and contraband marketplace on the Internet. Treasury’s Jennifer Shasky Calvery said this operation “required” payment in Bitcoins, which enabled sellers to avoid detection and launder millions of dollars.

Raman said the Silk Road site was “a venue for over 100,000” drug buyers and that the Justice Department has seized more than 170,000 Bitcoins valued at more than $70 million.

Still, she and the other witnesses told Carper that the funds being moved by the new digital currencies are far less than the trillions of dollars that continue to be moved by conventional wire transfers and checks.

And criminals still tend to prefer the conventional forms of exchange for funneling their moneys, the witnesses said.

What happens next in Congress is not clear.

Carper was the only senator who bothered to attend the hearing he initiated. Most senators remained on their weekend trips to their home states, the Delaware senator explained.

That lack of enthusiasm and the fact that no one sought new regulations or laws may indicate Congress has little interest in the virtual currency issue.

It’s like some people feel about Einstein’s Theory of Relativity, Carper explained at the end of the hearing.

“I understand the words, but not the sentences,” he said. ¦