Vichy France coin that was never released in auction 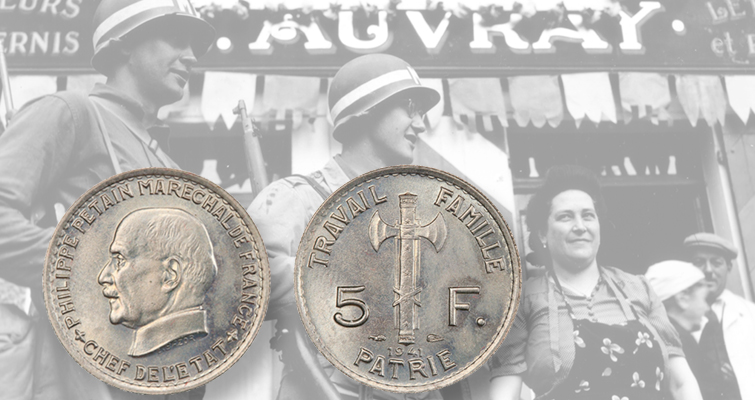 A coin with a mintage of nearly 14 million pieces shouldn’t qualify as rare, right?

A 5-franc coin from Vichy France defies that logic. The coin, graded Mint State 65 by Professional Coin Grading Service, is estimated to sell for $300 to $400 during Stephen Album Rare Coins’ June 11 to 14 auction.

Coins of this type were made from Feb. 13 to March 1, 1941, among a planned mintage of 200 million pieces. However, only 13,782,000 pieces were minted; the Monnaie de Paris would require nickel for the coin, but the German occupational authorities wanted the metal for war efforts.

The coin depicts Marshal Henri Philippe Pétain, who served as the chief of state of Vichy France from 1940 to 1944.

On its reverse, the coin depicts the familiar French double-headed axe, with the motto of the French state during World War II translating to “work, family, fatherland.”

According to a translation of text from Le Franc Les Monnaies, it is unclear if any of this type actually circulated.

Most, if not all, were stockpiled in the storehouse of Monnaie de Paris located in Castellsarrasin for three years, never released for circulation.

The whole mintage was on the way to Germany to be melted down, to reuse the nickel, when the boat transporting the coins on the Sambre River in Belgium was sunk by an Allied bombardment.

The 50,000 pieces reportedly saved from the river are today’s rarities. 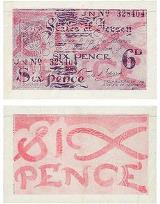 A little bit of irony 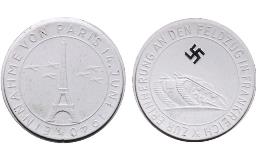 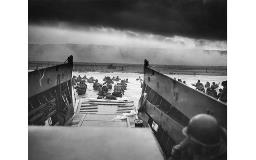