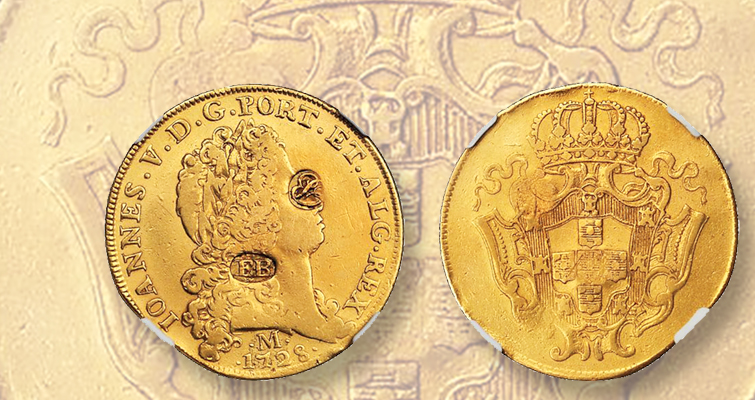 Stack’s Bowers Galleries' and Sotheby’s Rarities Auction on May 25 included a 1728 $16 "double joe" regulated by two private U.S. merchants — Ephraim Brasher (of the famous Brasher doubloons) and John Burger — around 1784 and counterstamped with their marks. 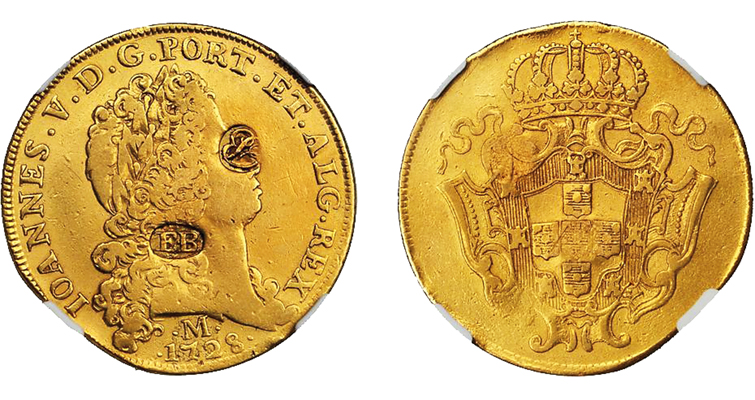 A fascinating “$16 double joe” counterstamped by Ephraim Brasher and John Burger around 1784 brought $105,750 at Stack’s Bowers Galleries’ May 25 Rarities Auction.

Before the U.S. Mint began striking gold coins in 1795, U.S. merchants were dependent on foreign gold coins for high-value transactions. This 1728 12,800-real coin of the Brazilian state of Minas Gerais was struck in Brazil and was called a “double joe” since a 6,400-real piece was called a “joe.”

The large gold coin was regulated by two private merchants — Ephraim Brasher (of the famous Brasher doubloon) and John Burger — around 1784 and was counterstamped with their marks.

The piece was well-circulated before being stamped, so much so that it needed its weight raised with a plug to meet the then-current standard, and it would circulate as a $16 coin.

It likely survived because of its subsequent placement in jewelry, which “left an even matte finish and light yellow gold color.” 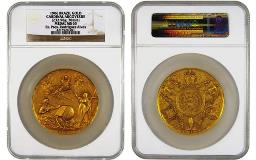 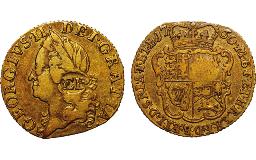