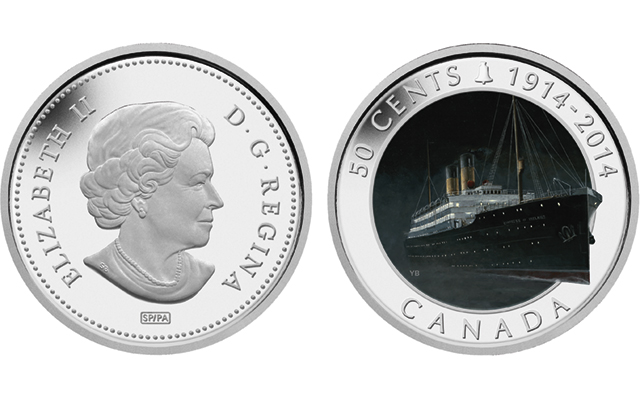 Canada remembers the sinking of the RMS Empress of Ireland with a new colorful silver-plated copper 50-cent coin. 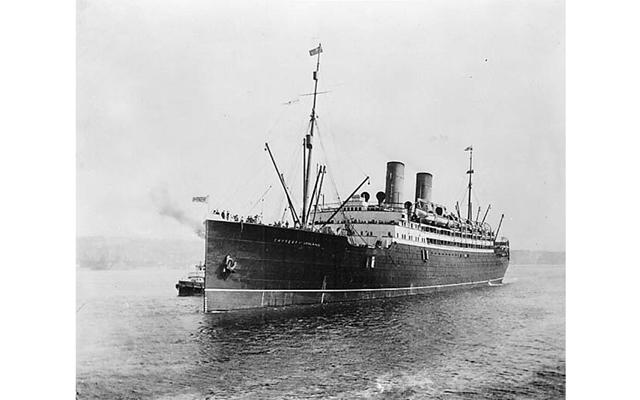 The RMS Empress of Ireland was a Canadian Pacific Steamship that sailed from Quebec to Liverpool. 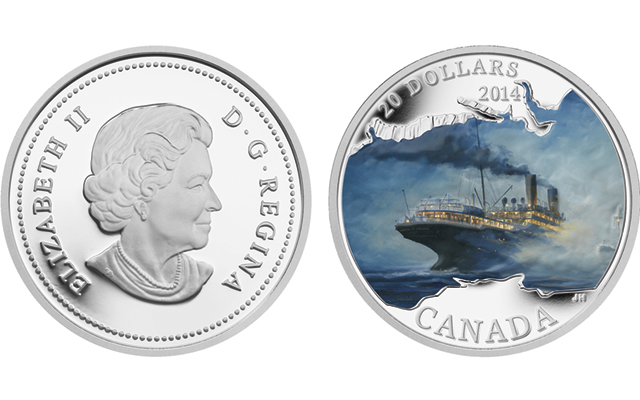 The Norwegian collier (coal ship) Storstad is barely visible at the right side of the colorful design on the Proof silver $20 coin, the blanket of fog obstructing views between it and the RMS Empress of Ireland moments before the fateful collision. 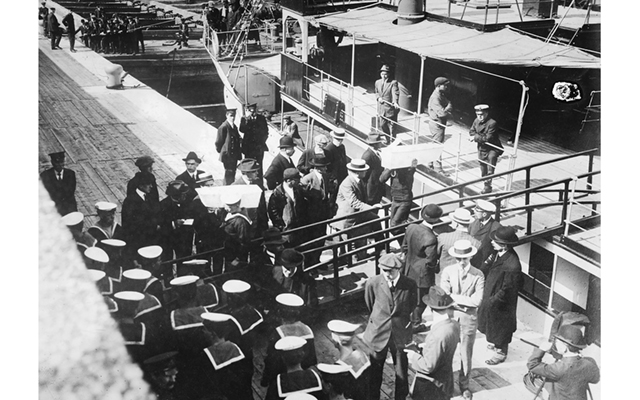 Sailors take coffins from the Lady Grey at Quebec City, Canada. Coffins contained bodies of passengers from the RMS Empress of Ireland which sank on the Saint Lawrence River, May 29, 1914.

One hundred years ago on May 29, two ships collided on the St. Lawrence Seaway in a shroud of fog. Just 14 minutes later, the RMS Empress of Ireland had sunk, taking 1,012 souls to an icy grave.

The RMS Empress of Ireland, an ocean liner, was destined for Liverpool when it met its fate by colliding with the Norwegian collier SS Storstad in the early, foggy hours of May 29, 1914. Of the 1,477 persons on board the Empress of Ireland, 1,012 (840 passengers, 172 crew) died.

The liner was commissioned by Canadian Pacific Steamships for the North Atlantic route between Quebec and Liverpool in England.

The reverse of the copper coin, designed by Yves Bérubé, shows the ship in the final moments leading up to the collision. Engraved above the field is the ship’s fog bell, which sat atop one of the ship’s masts. It is perhaps the most well-known artifact to be recovered from the ship’s watery grave, according to the RCM.

The silver $20 coin features a John Horton design on the reverse that shows, in color, both ships moments before the collision, framed within the coastline of the St. Lawrence Seaway. Edge-lettering displays the ship’s name, as well as the bell recovered from the wreck.