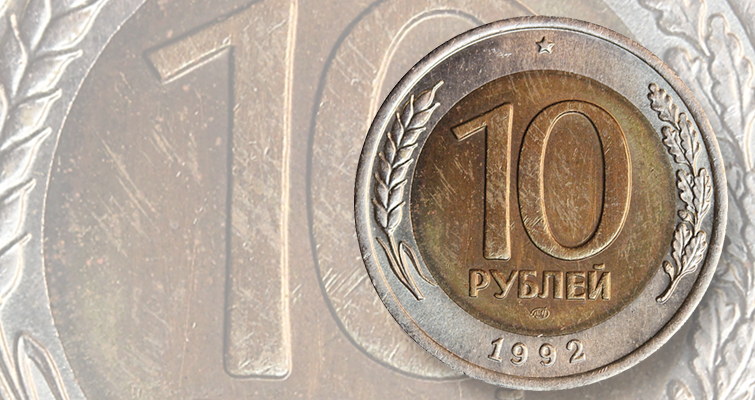 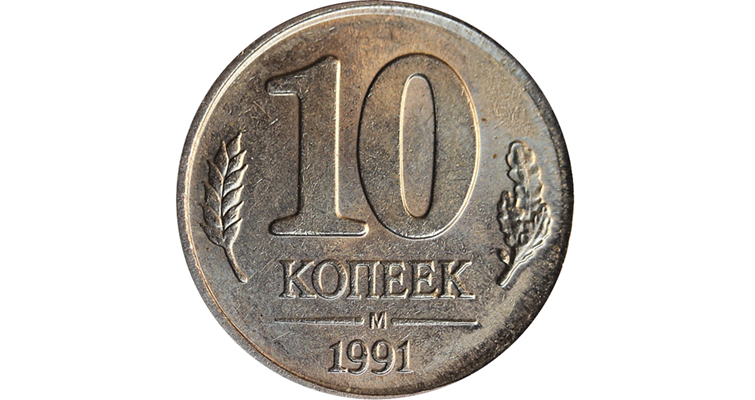 This 1991 Russian “Government Bank” 10-kopek coin was struck on a copper-nickel-zinc planchet associated with the preceding Soviet Union design bearing the hammer-and-sickle. 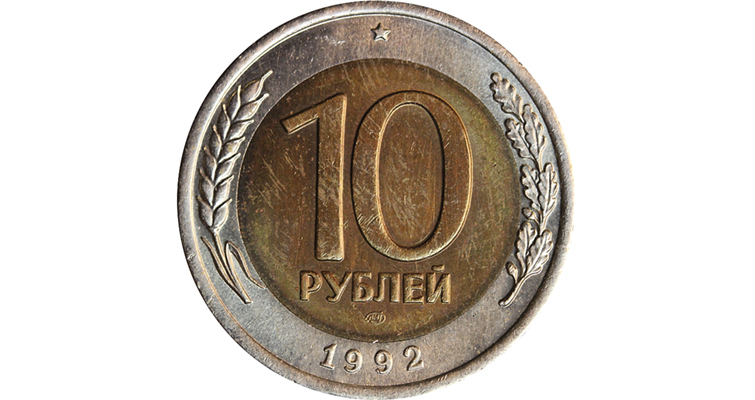 This ringed-bimetallic 1992 Government Bank 10-ruble coin was accidentally released after the series was scrapped in favor of the new Russian Federation series. 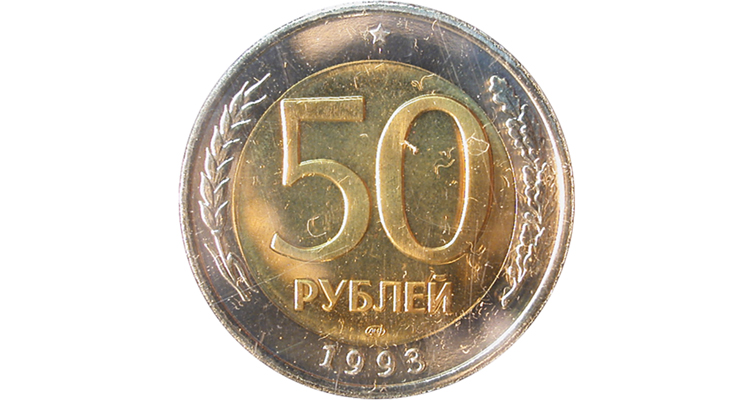 This 1993 Russia ringed-bimetallic 50-ruble coin is most likely a “temporal-transitional” mule produced when a 1993 reverse die was accidentally paired with a 1992 obverse die and used to strike a 1992 ringed-bimetallic planchet. 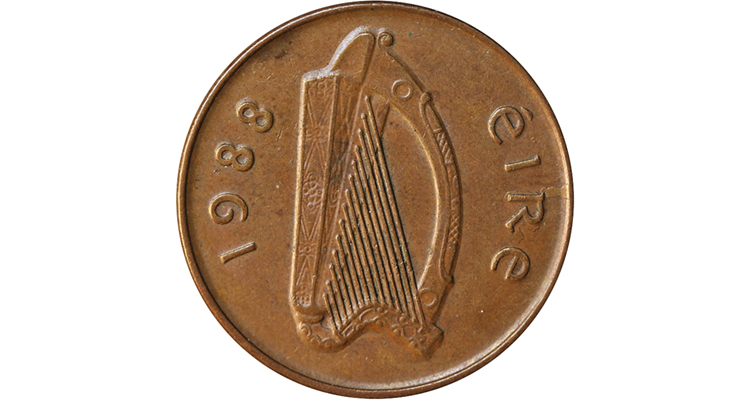 This 1988 Ireland 2-penny coin was struck on a copper-plated steel planchet — a composition that was fully adopted in 1990. It may have been struck to alleviate a coin shortage.

The following is the Collectors' Clearinghouse column from the Aug. 22, 2016, issue of Coin World.

Even at the lower end of the price range, home-grown transitional planchet errors remain prohibitively expensive for most collectors. It therefore makes sense to seek out more affordable examples that exist among world coins. But just because there’s a discrepancy between date and composition or between composition and design, it doesn’t necessarily mean you’re looking at a transitional planchet error. Other error types can produce similar mismatches.

The chaotic transition from the Soviet Union to the Russian Federation sparked rapid changes in composition and design during the years 1991 to 1993, creating a promising environment for the production of transitional planchet errors. Indeed, a number of such errors are known, including the illustrated 1991 Government Bank 10-kopek coin struck on a copper-nickel-zinc planchet intended for a 1991 Soviet Union 10-kopek piece with a hammer-and-sickle design. A normal 1991 Government Bank 10-kopek coin is struck on a copper-clad steel planchet (see the March 28 column for additional photos).

Our next Russian coin, a 1992 ringed-bimetallic 10-ruble piece, also features the Government Bank design. The vast majority of such coins are dated 1991, but a small number carry the date 1992. Despite the date/composition mismatch, this cannot be a transitional planchet error because such an error would display on its obverse face the two-headed Imperial Eagle of the Russian Federation, a design that was adopted in 1992. This 1992 ringed-bimetallic 10-ruble coin instead most likely represents an accidental or premature release of a series that was supposed to have been scrapped after one year and replaced by the Russian Federation design. The latter design is associated with a copper-nickel-clad steel planchet.

Another transitional planchet mimic is found in a small number of Russian Federation 1992 Mint sets produced by the St. Petersburg Mint. Approximately 100 such sets contain a ringed-bimetallic 50-ruble coins that carries the date 1993. Normal 1993 50-ruble coins carry the same design but are struck in aluminum-bronze and, later, brass-clad steel. As discussed in the Jan. 20, 2014, column, the sheer number of these wrongly dated coins, their single source, and their placement within a group of older coins makes it far more likely that they are mules created when a normal 1992 obverse die was paired with a 1993 reverse die fabricated in advance of the 1993 production year.

In 1988 Ireland struck the majority of its 1- and 2-penny coins in bronze. A small minority of each denomination were struck in copper-plated steel, a composition that became standard in 1990 (no coins are dated 1989). It’s unlikely that the 1988-dated steel coins are transitional planchet errors, because there are simply too many of them. I suspect that they instead represent an early introduction of the steel planchet. Possibly struck in 1989, this release may have been intended to augment the circulating supply of these two denominations. Perhaps bronze planchets were no longer available by this time, and a decision was made to use the new steel planchets produced in anticipation of 1990 production year.

With so many potential sources of misidentification, it’s imperative that one investigate every type of coin that was being struck at the time by the country of interest. Noting the specifications of the coin in question and the potential candidate planchets is also essential. Such information would include the diameter, weight, edge design (if present), and composition. 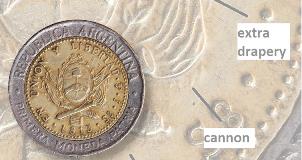 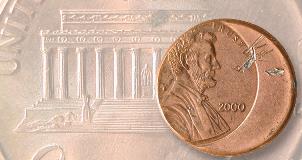 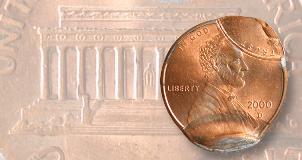