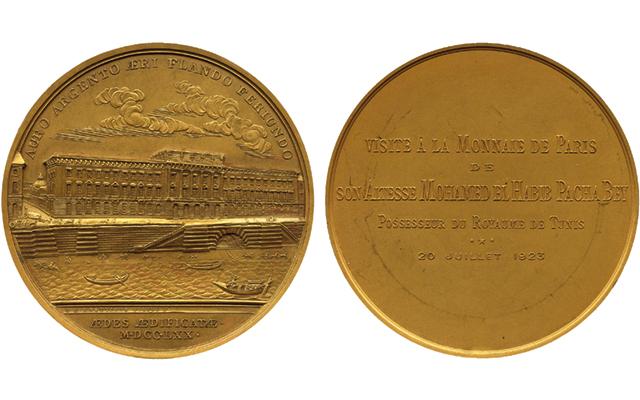 A gold medal of Tunisia, believed to be unique, highlights the first auction from Wilkes & Curtis, a new firm in the United Kingdom specializing in Islamic and Indian coins. The medal is estimated at £14,000 (about $23,527 U.S.). 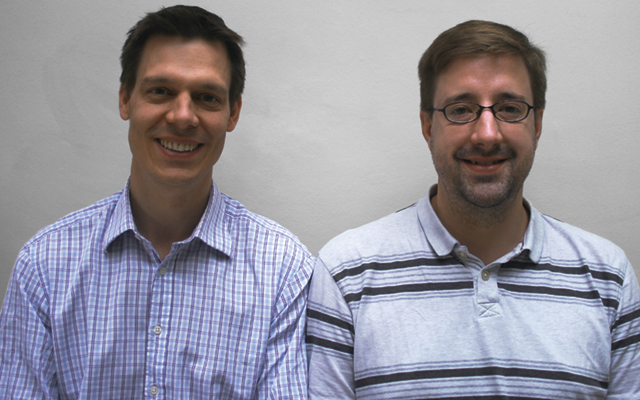 Two longtime dealers whose names are well known in the British numismatic hobby have joined together to form a new auction house.

Tim Wilkes and Matt Curtis announced April 10 that they had launched Wilkes & Curtis Ltd., and the firm's first sale is scheduled to close June 16. The firm plans to conduct four online-only auctions each year, with a special focus on Indian and Islamic coins. The firm also announced that it would have a 10 percent buyer’s fee.

An expert in Islamic coins, Wilkes began his career at London-based numismatic dealers and auctioneers A.H. Baldwin & Sons Ltd. in 1998 and was appointed director in 2003. He left in 2007 to continue his career as an independent dealer specializing in Islamic, Indian and Medieval coins. Curtis grew up in the hobby before joining Baldwin as its auction manager in 2005, where he worked with the technological and logistical operations of the firm's auctions.

Wilkes said: “Both Matt and I are passionate about the numismatic industry and about keeping the traditional values alive, whilst offering our global client base the opportunity to embrace new technologies, and a modern approach to auctioneering.  We are keen to share our enthusiasm, and our specialist knowledge, with our clients and to encourage the next generation of numismatists to join the international community.”

The pair will offer both buyers and vendors printed auction catalogs and accept bids by email, postal mail or online, as well as an opportunity to bid in real time, 24 hours a day, seven days a week.

“Specialized selling services will be combined with simple fixed fees to ensure clients are offered a transparent service, with no hidden extras,” Wilkes said.

Curtis notes that he and Wilkes are members of the International Association of Professional Numismatists, as well as the British Numismatic Trade Association.

The firm’s first sale offers more than 500 lots, including a collection of coins of Morocco, together with other Islamic, Indian and world coins.

One non-coin highlight is the 1923 Tunisian gold medal that is believed to have been presented by to Tunisian ruler Muhammad al-Habib Bey during his 1923 visit to the Paris Mint. The medal is believed to be unique.

The obverse of the medal was struck using the reverse die of a 1770 medal commemorating the construction of the Hôtel des Monnaies (which houses the French Mint). The 1770 medal was designed by Charles Norbert Roettiers from the celebrated Roettiers family of medalists, silversmiths and goldsmiths. Charles Roettiers worked at the French Mint from 1753 until his death in 1772.

The reverse of the 1923 Tunisian medal features text related to the piece's presentation.

The medal is graded About As Struck and contains 178 grams of gold, “so such a valuable piece would only be given to someone of the highest rank,” Curtis said.

“The Tunis royal family was deposed in 1957 when Tunisia became a republic so there is very little information about the whereabouts of the descendants of [Muhammad al-Habib Bey]. It would be wonderful to think we could get this medal back to their family somehow,” he added.

This sale marks the fourth time the medal has been offered at auction since 2007.

The auction catalog and bidding instructions will be posted on the firm’s website at least four weeks prior to the auction, at www.wilkesandcurtis.com.