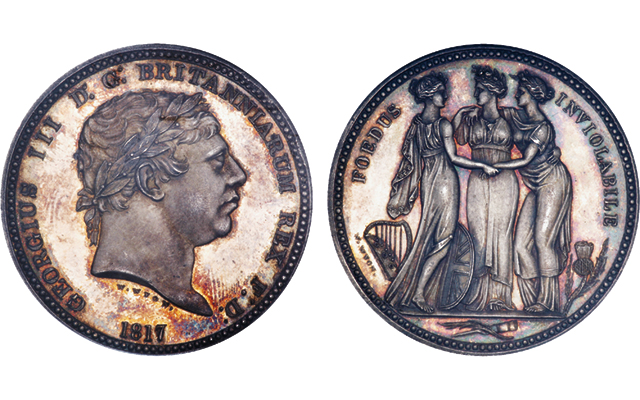 FOR OUR EARLIER STORY WITH THE COIN'S HISTORY, CLICK HERE.

The design is named for the reverse showing three female figures, representing England, Scotland and Ireland, as identified by the harp, St. George shield and thistle at their feet. These were the three Kingdoms of Great Britain.

For more information about the sale, email St. James’s Auctions or visit its website.