This Day in History: May 2 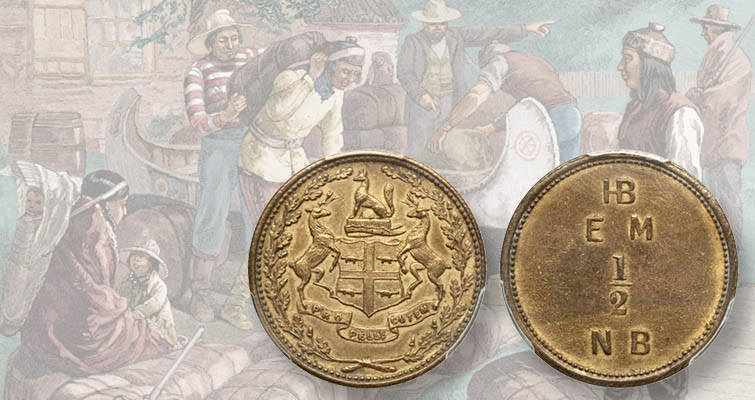 A Hudson’s Bay Company brass token was one of four denominations used in the fur trade, reflecting specific emphasis on beavers. This half "made beaver" denomination token was worth one-half of an adult male beaver pelt.

The Hudson’s Bay Company would grow to be the largest landowner in the world at one point, controlling much of what is now Canada through its trade in furs and other goods.

The company received its royal charter from the English King Charles II on May 2, 1670. Though the company remains in business today, its core activities are far from the wilderness beginnings.

The Hudson’s Bay Company functioned as the de facto government in a large part of North America before European states and later the United States laid claim to parts of the territory.

The company owned the fur trade in much of British North America, establishing trading posts reliant upon relationships with many native peoples in Western Canada and the United States.

For part of its life, the company used tokens to facilitate trade.

They were used as markers with an assigned value and then supplied to trappers in exchange for furs.

The tokens were also accepted in exchange for goods and supplies carried at the company trading posts.

The standard used to establish one unit of value was based on the contemporary value of beaver pelts, beaver being the most sought after and prevalent fur caught during the majority of the fur trade. The unit was equal to the value of one adult beaver pelt in prime condition and was called a "made beaver."

The tokens were composed of brass and were intended to be stamped with the letters HB (Hudson’s Bay Company), EM (East Main District) and MB (made beaver) and the number of units. But instead of MB, the letters NB were stamped in the coins, an error on the die-cutter’s part.

The HBC crest was stamped on the reverse side.

The tokens were designed by George Simpson McTavish of Albany Fort in 1854.

These tokens are collectible artifacts of European exploration, encroachment and expansion in what is now Canada. 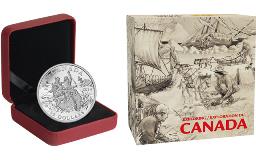 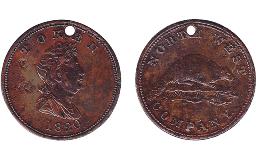 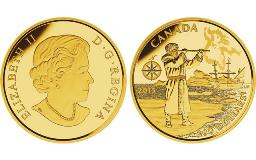