This Day in History: March 7 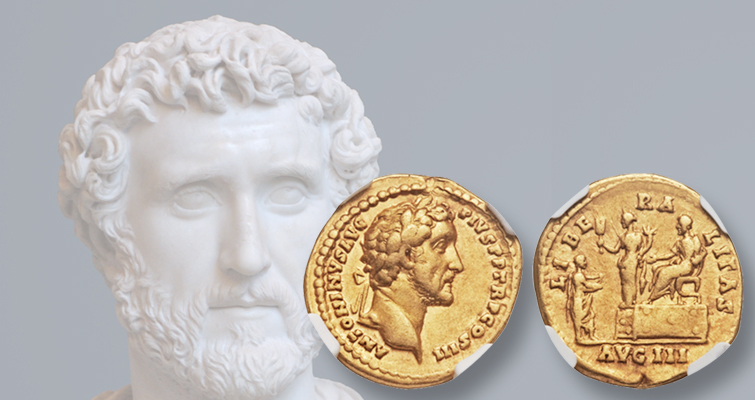 Roman emperor Antoninus Pius died on this day in A.D. 161. The ruler periodically made cash disbursements to citizens and recorded the event on gold aureii coins, including the example shown here.

A lot of American politicians today talk about getting tough on handouts, but one ancient Roman emperor did the opposite.

Antoninus Pius, who died March 7, 161, made handouts a recurring part of his reign, events that are honored on some of his coins.

Antoninus Pius (Latin: Titus Fulvus Aelius Hadrianus Antoninus Augustus Pius, also known as Antoninus), was Roman Emperor from 138 to 161. He was one of the "Five Good Emperors" in the Nerva–Antonine dynasty.

The Roman emperor was “famously frugal,” according to Heritage Auctions, but that didn’t keep him from “maintaining his popularity by regular cash disbursements to the Roman populace” in events known as congiaria.

He even issued gold aureii showing the congiaria, his generosity personified by the goddess Liberalitas, who is shown on one of these coins helping the emperor distribute coins to deserving citizens.

A congiarium is recorded at the outset of his reign and at least two more occurred in the period A.D. 140 to 143.

Tiberius is recorded to have given the first Imperial cash distribution, of 300 sesterces; Nero later upped the amount to 400 sesterces, an amount that could have been given in the form of four gold aurei or 100 silver denarii. 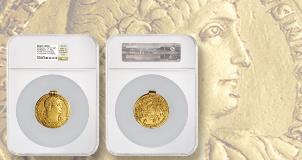