This Day in History: March 19 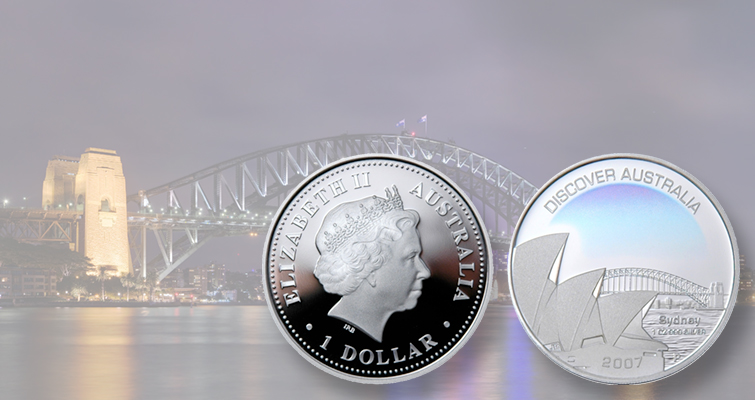 In 2007, the Perth Mint honored the Sydney Harbour Bridge’s 75th anniversary on a colorful $1 coin.

The Sydney Harbour Bridge is is the world’s largest steel arch bridge, and its famous setting has allowed it to become an international symbol of Australia.

The bridge opened on March 19, 1932, after six years of construction.

The bridge’s design was influenced by the Hell Gate Bridge in New York City. It is the sixth longest spanning-arch bridge in the world and the tallest steel arch bridge, measuring 134 meters (440 feet) from top to water level

The total steelwork weighs 52,800 tons, including 39,000 tons in the arch. The 49-meter-wide deck (141 feet) makes Sydney Harbour Bridge the widest longspan bridge in the world.

Both the Royal Australian Mint and the Perth Mint have celebrated the bridge as a symbol of Australia on coins.

A notable issue is the 2007 silver dollar with color from the Perth Mint. The coin marks the 75th anniversary of the Sydney Harbour Bridge and also shows the famous Sydney Opera House.