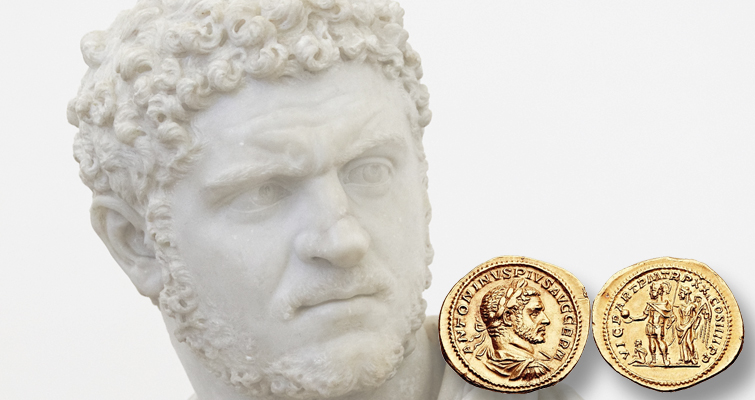 The brutal Roman ruler known as Caracalla was assassinated on April 8, 217, by one of his officers. This gold aureus shows the despotic ruler.

Roman Emperor Caracalla is remembered today for his vicious leadership and thirst for power, which led to having his brother Geta murdered.

But Caracalla (also known as Marcus Aurelius Severus Antoninus Augustus) himself was assassinated on April 8, 217, four days after he turned 29 years old.

He was succeeded by his praetorian guard prefect, Marcus Opellius Macrinus.

Caracalla is remembered as one of the most notorious and unpleasant of emperors because of the massacres and persecutions he directed throughout the Empire.

Caracalla reigned jointly with his father from 198 until Severus’ death in 211 in York. The death opened the door for already simmering animosity between Caracalla and his younger brother Geta to bubble over.

Their mutual hatred for each other was so great they reportedly would not dine together, lest the one would poison the other.

Their mother, Julia Domna, managed to patch together a detente and the family returned to Rome, but in December, Caracalla arranged to have Geta brutally murdered as he sought refuge in Domna’s arms. A general massacre of Geta’s friends and supporters followed, the first of many slaughters that indelibly dyed Caracalla’s reign in blood.

Caracalla began a series of military campaigns to divert attention from his atrocities and to potentially fulfill his lifelong desire to meet Alexander the Great's stature.

After mostly unproductive war with the Germanic people in 213, Caracalla began a massive invasion of Parthia. During a trip to Egypt to visit Alexander’s tomb in 215, any who dared make fun of him soon found themselves the victims of his attack and were murdered.

Though the Parthians were divided by civil war, Caracalla’s invasion met resistance. Before he could pin a particular loss on one of his officers, the praetorian prefect Macrinus had him assassinated while nature called.

Caracalla’s coins often depict the ruler in all his brutishness, an angry scowl dominating the course features below his curly hair. 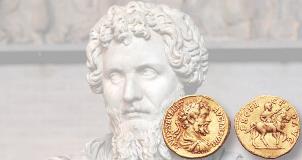