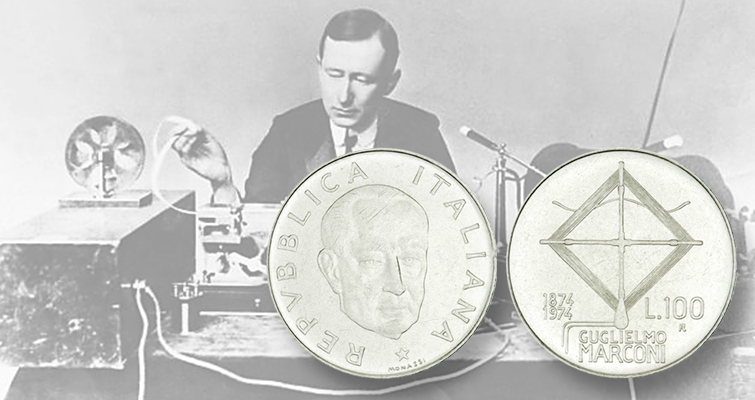 Italy marked the birth centennial of Guglielmo Marconi in 1974 with a circulating commemorative 100-lira coin.

The technology that powers today’s computer networks and iPhones was discovered by Italian inventor Guglielmo Marconi, 1st Marquis of Marconi.

The inventor of the wireless telegraph, he is known for his pioneering work on long-distance radio transmission and for his development of Marconi’s law. He is often credited as the inventor of radio, and he shared the 1909 Nobel Prize in Physics with Karl Ferdinand Braun “in recognition of their contributions to the development of wireless telegraphy.”

One of Marconi’s greatest achievements was establishing wireless contact, at first between France and Great Britain, and later between Europe and North America.

To commercially exploit his inventions, Marconi established several business ventures in Britain and the United States. He became one of the most influential entrepreneurial engineers of his time.

As much of a scientist as Marconi was, he was an even better businessman. His family wealth enabled his early successes, but he had a keen eye toward monetizing his scientific activities, more so than fellow inventor and genius Nikola Tesla, with whom Marconi is often compared. 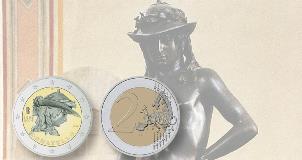 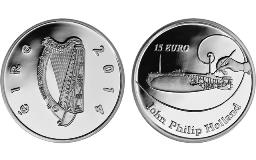 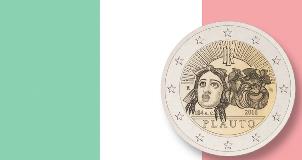