The Perth Mint has a new chairman and a new CEO 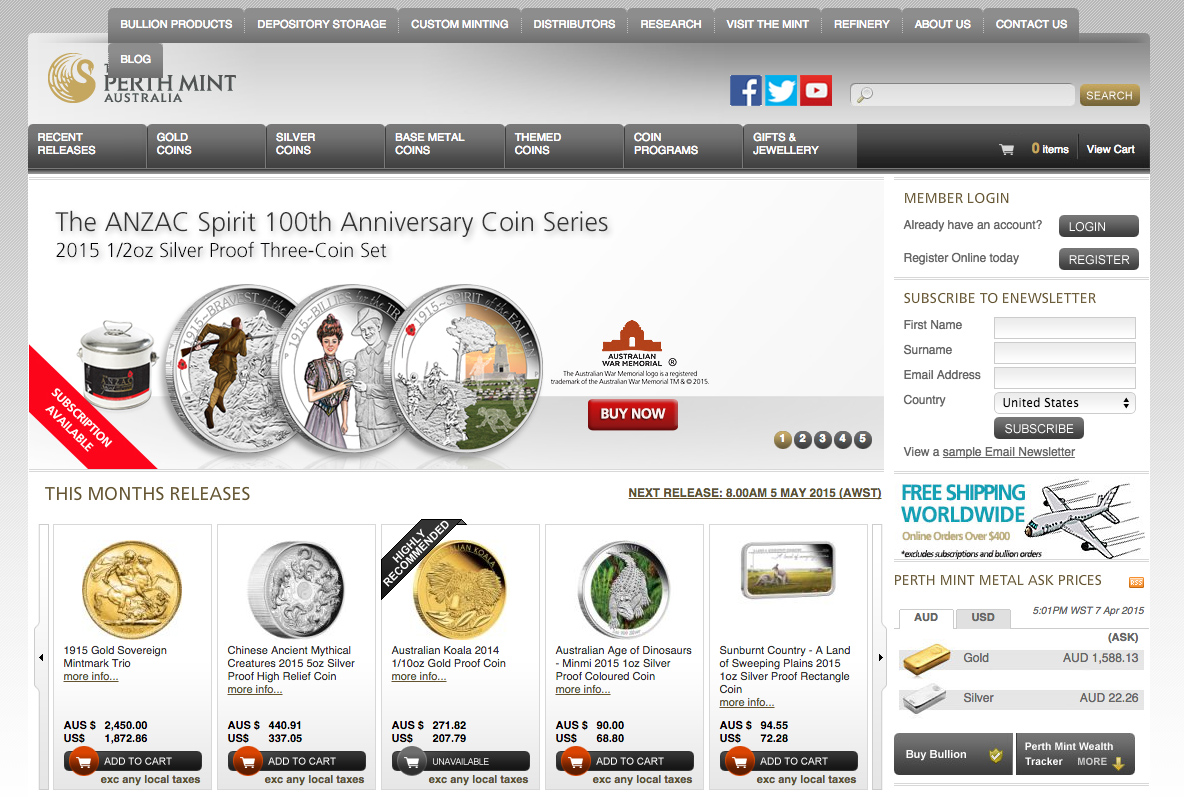 The Perth Mint's website can be found at www.perthmint.com.au.

The following news release is from The Perth Mint:

Gold Corporation, operator of The Perth Mint, has announced the appointment of Donald Mackay-Coghill as its new chairman, and Richard Hayes as its new chief executive officer, effective July 1, 2015.

Mackay-Coghill, who was the CEO of Gold Corporation for 17 years until 2003, is known as a pioneer in the global precious metals industry. As founder of the Australian Precious Metals Coin Program, one of his most notable achievements was the introduction of the Australian Nugget gold coin series in 1987, the success of which motivated the development of Australia’s annual bullion coin program.

Hayes has been an Executive Director of Gold Corporation since 2003 through his position as chief financial officer and deputy chief executive. Prior to this term, Hayes held senior management positions with precious metals refining operations Australian Gold Refineries (AGR) Matthey and Golden West Refining Corporation Limited.

Premier Colin Barnett MLA issued a statement today saying that Mackay-Coghill was perfectly qualified to take the role of Chairman, having spent his entire career in the gold industry and related industries.

“Don brings a great deal of experience and expertise to the position of Chairman of the board,” Barnett said. “He has worked in gold and silver refining, minting, marketing and retailing in South Africa, London and Western Australia. Under his guidance as CEO, The Perth Mint, founded in 1899, was reborn as an internationally renowned specialist precious metals mint.”

“The board is confident that Mr. Hayes will lead The Perth Mint in a manner which will ensure its standing as one of the world’s most prestigious refining and minting organisations,” he said.

Hayes will succeed Ed Harbuz, who has led the institution with vigour for more than a decade. Bennet thanked Harbuz for his outstanding leadership, enthusiasm and dedication to this unique organisation throughout the past 12 years.

“Mr. Harbuz retires from his position at The Perth Mint with an incredible legacy," Bennet said. "His most notable achievements include record breaking profits for the company, the construction of a modern blank manufacturing facility, and the creation of the largest coin in the world weighing one tonne of pure gold."