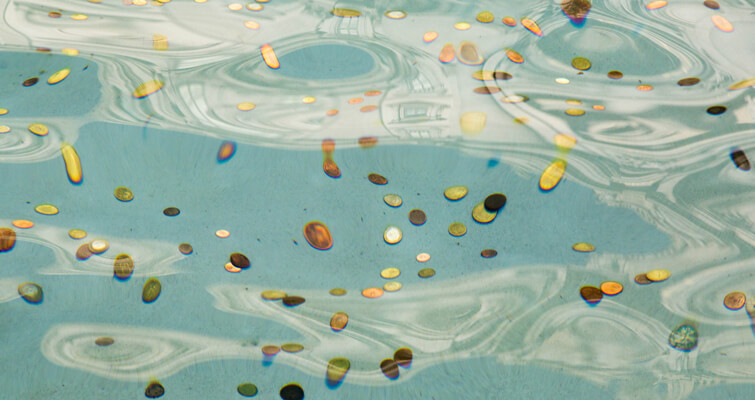 It’s standard for tourists to toss coins into a fountain, pool or other body of water for good luck.

Sometimes, we’ve learned, it might be best not to do that, as coins can damage whatever may live in that small body of water. It’s not so good for the coins, either.

The Huffington Post and other outlets report that a 25-year-old green sea turtle, an endangered species, who lives at a Thailand conservation center just outside of Bangkok, was recently found to have consumed more than 900 coins that visitors had tossed into her pool for good luck.

Omsin the turtle — whose name, fittingly, means “bank” or “piggy bank” in Thai and who weighs 130 pounds — recently lost 11 pounds when it underwent a seven-hour operation at Chulalongkorn University in Bangkok on March 6 to have 915 coins removed from its stomach, according to a Reuters report.

According to the Associated Press, members of the Thailand navy had noticed Omsin having noticeable trouble swimming and notified vets. Soon after, a 3D scan of the turtle’s stomach revealed a large mass of coins, which had cracked its ventral shell and caused a serious infection.

This breed of turtle has a life expectancy of 80 to 100 years, but the coins could have ended Omsin’s life at 25.

“There was no immediate estimate of the value of the coins, some of them foreign and many corroded,” Reuters reports.

Omsin will need six months of physical therapy to fully recover, according to Reuters. 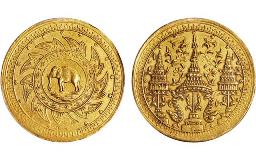 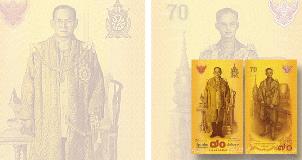 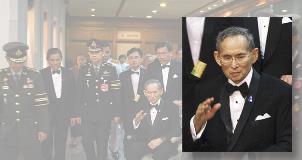