Going Topical: Mints around the globe home in on animals 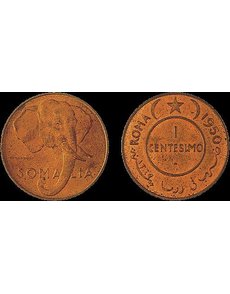 The Somalia copper elephant head series was minted in Italy in 1950 in three sizes and denominations. In spite of being a one-year-only type, Uncirculated examples abound. 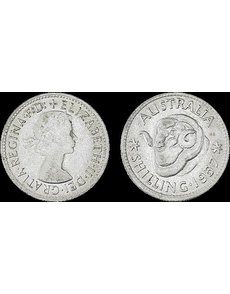 Between curly horns, imbedded in big rolls of wool, is the face of a prize merino sheep ram. From 1938 to 1963 this animal head was the only design placed on the silver Australian shilling. 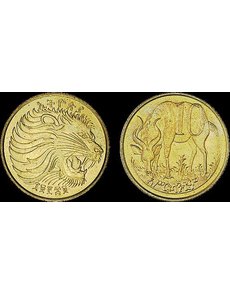 Natural enemies on the same coin. The head of a roaring lion identifies this 1969 10-cent coin as Ethiopian while the mountain nyala antelope makes it a two animal coin. 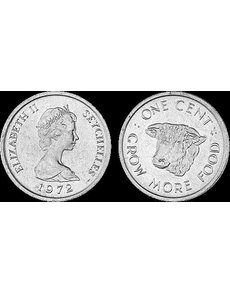 The coconut-producing islands of the Seychelles could not support cattle ranching, but the islands’ 1972 cow-head cent encourages it anyway, with the FAO slogan: “Grow More Food.” 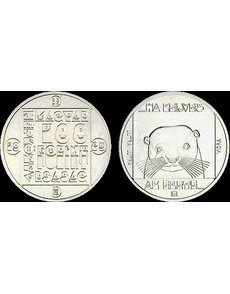 Presenting a face-to-face view of a European otter, this 1985 Hungary 100-forint coin is part of an up-close wildlife coin series. The series also includes a coin depicting a close encounter with a wildcat. The series is popular with collectors 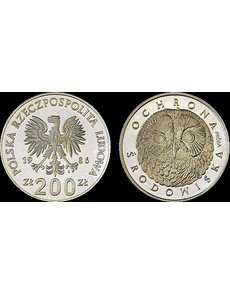 This beautiful 1986 Polish owl-face pattern or proba coin has an environmental protection message. This 200-zloty pattern sells for amounts that are about double what other proba pieces issued at around the same time command. 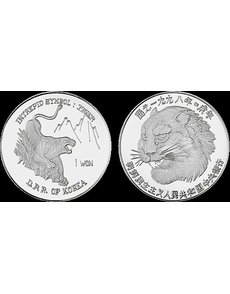 No date appears on this North Korean two-tiger 1-won coin issued in 1998, but it has a legend in English. The tiger head looks more cat-like than intrepid. 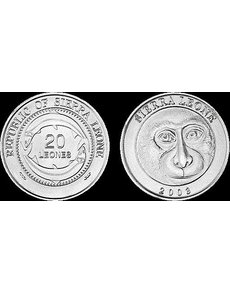 The trend in the last decade has been toward animal face close-ups in which the face fills the coin’s entire area or is framed by it, as on this 2003 1-leone example from Sierra Leone.

Just as many coins that feature people show a focus from the neck up only, head shots work well for animals as well. Facial details make the designs memorable and sometimes cute, frightening or thought-provoking.

In the last decade, the trend is away from heads and toward faces, including the extreme close-up. For example, the owl’s face on the 2011 Mongolian 1-ounce silver 500-tugrik coin completely fills the reverse. It sells in the $600 to $800 range in the secondary market after being released at about $100. And Mongolia’s similar 2013 argali (ram) close-up is a mint sellout with current prices approaching $400, more than double the $175 it sold for initially.

More than seven decades earlier, Australia also issued a coin with the head of a ram, specifically a merino sheep. The shilling ram head has so many rolls of wool around his face and such curly horns, people new to this series must often study the design to figure out what it is. From 1938 until decimalization in 1963, the beloved design never changed.

Somalia’s 1950 elephant coinage is another vintage must-have animal head series. The series, all copper and made in Italy, was issued in 1-, 5- and 10-centesimo denominations. The elephant is shown in profile, including trunk. Even though the three coins were made for only one year, Uncirculated examples are easily found.

Since 1969, the head of a roaring lion has appeared on Ethiopian coins as one means of readily identifying them. Before that, it was a full-bodied lion. The head is seen in profile, mouth open and mane flowing. Interestingly, this symbol is primarily numismatic, as the lion is not part of the national crest or flag.

In 1972, the group of 115 islands east of Africa called the Seychelles issued an aluminum 1-cent coin as part of the United Nations Food and Agricultural Organization’s “Grow More Food” initiative with an unlikely design: the head of a cow. The archipelago has long exported cinnamon and coconuts, but not cattle, lacking the space required for herds. In spite of this, many animal coin collectors confess to a fondness for the odd little Seychelles cent with its cow head.

Hungary went in closer in 1985 with a 100-forint animal coin series. The viewer literally goes face-to-face with the subjects. Animal coin enthusiasts took notice right away. The close-ups made the European otter and the wildcat instantly recognizable and seemed to imbue them with a little bit of personality.

Belarus, Kazakhstan, Mongolia, Armenia and Turkey have all issued silver or gold close-up owl face coins in recent years. The designs are dramatic, but much of the credit for their success must go to the owls. Their large eyes and round faces are well suited to coin design.

Poland issued the mother of all owl face coins back in 1986, but in proba or pattern form. The 200-zloty piece features a highly detailed feathered face with a surrounding legend that translates as “Environmental Protection.” The smooth rim almost gives the coin a ringed-bimetallic look at first glance and the relief in the feathers makes the owl look as though he is popping out of a hole in a tree.

In 1998, North Korea issued a “double-tiger” 1-won coin, with the full body of a tiger on one side and the head alone on the other. The tigers are in attack mode with teeth bared, and the legend in English warns of their fearlessness: Intrepid Symbol: Tiger. Aside from the intimidating nature of the design, the face of what is naturally a stunning animal appears stunted, more like a house cat. It is an opportunity lost.

Sierra Leone got it right in 2003 with a small 20-leone coin (with a 22-millimeter diameter) featuring the face of a chimpanzee. Even though the middle of the face is all we see, this design captures the mood of this primate. She looks calm, almost serene. The portrait is a realistic representation that makes it a joy to behold for the collector.

From head shots to close-ups — what’s next?

The Congo has one answer, with a new series called Nature’s Eyes. The 2013 colored 2-ounce silver 2,000-franc coin released in September depicts an extreme close-up of part of the face of a rare leopard, showing one dome-shaped 3-D eye that is added to the surface of the coin. ¦