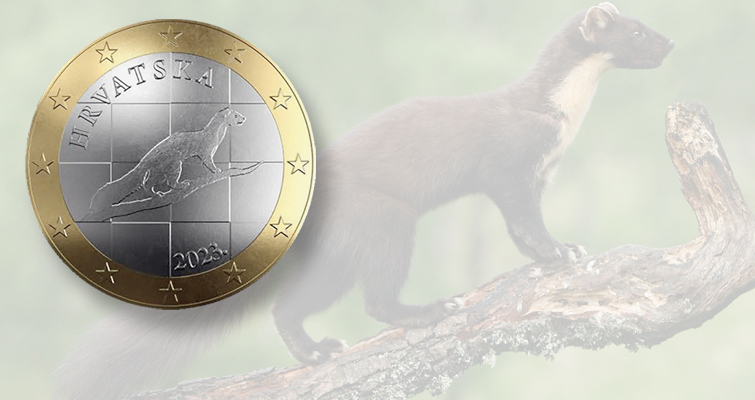 The design first chosen for Croatia’s 2023 €1 coin featured a marten, but it has since been withdrawn, and a new design contest is being held.

Controversy continues to cast a shadow on Croatia’s adoption of the euro currency, with the latest kerfuffle involving allegations of a stolen coin design.

The National Bank of Croatia on Feb. 8 announced that it would conduct a new design contest for the €1 coin, after the artist whose design was initially selected withdrew the design, after being charged with stealing it from a British photographer.

Late on Feb. 6 the Currency Committee at the Croatian National Bank “received a statement from Stjepan Pranjkovica declaring that he withdrew his draft design for the marten motif and renounced all rights pertaining to him on the basis of his participation in the tender,” according to the CNB. “In order to eliminate any further uncertainties, doubts or ambiguities relating to the choice of design for the national side of the euro coins bearing the marten motif, the Currency Committee decided to publish and implement a new open tender for the selection of the concept and design for the national side of the Republic of Croatia on the 1 euro coin featuring the marten motif.”

Pranjkovica’s design, which was unveiled Feb. 4 alongside three other motifs for the eight circulating euro coins, features a marten on a branch in a scene similar to a photograph taken by Nottingham-based photographer Iain Leach.

All designers were required to confirm that their work was an original intellectual creation made exclusively for the purpose of the Croatian National Bank, the CNB stressed in the Feb. 8 announcement of the new design contest.

Shortly after the designs were unveiled, correspondents online apparently noticed the similarity between the marten design and Leach’s photograph.

Leach told Coin World that he knew nothing about this until Feb. 3 or 4, when people in Croatia “started emailing me and getting in touch via Twitter/Facebook to let me know that my photo had been used as the basis for the new coin design.”

The coin designer was supposed to receive prize money of more than €9,000, he said.

“I am amazed at how much interest there has been about this in Croatia and I am grateful to everyone who got in touch with me,” he said via email.

The CNB, which had posted images and videos of the winning designs on Facebook, then deleted those highlighting the design in question, with the only reference to the now-canceled design an occurrence in a group image.

The CNB said in its announcement that the new design process would not delay “timely production” and issuance of the new euro coins, which are set to debut Jan. 1, 2023.

The controversy has drawn attention away from the other three designs selected for seven of the circulating euro coins.

Maja Škripelj created the design selected for the 1-, 2-, and 5-cent coins, which celebrate Glagolitic script, the oldest Slavic alphabet. It is believed to have been designed by ninth century monk Constantine the Philosopher (also known as Cyril) for use in spreading Christianity among Slavic nations.

Croats began using it in the second half of the ninth century.

In the center of the coin design are the script letters in a ligature, translating to HR, representing the nation’s name Republika Hrvatska, against a checkerboard background common to all the coins, although differently proportioned on the differing denominations.

Scientist Nikola Tesla is the subject of the 10-, 20- and 50-cent coins, his choice causing angst from neighboring nation Serbia, which claims Tesla as its native son. Tesla, an ethnic Serb, was born in present-day Croatia in 1856 when the country was part of the Austro-Hungarian empire. The coin design, by Ivan Domagoj Racic, shows a portrait of Nikola Tesla surrounded by magnetic field paths, also set against the background of squares.

The €2 coin depicts a stylized display of the geographic map of the Republic of Croatia, designed by Ivan Šivak.

Designs for circulating commemorative €2 coins can be considered once Croatia receives full approval of the European Commission to adopt the euro. 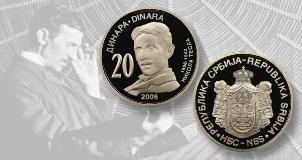 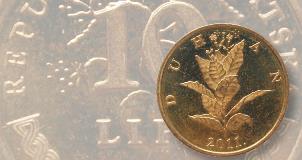 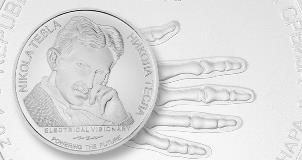