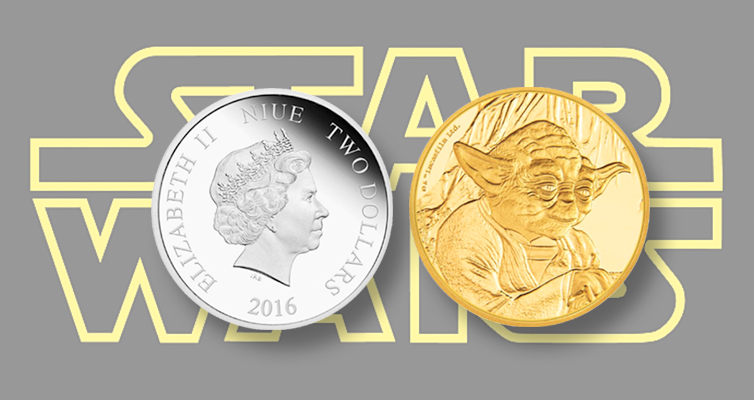 The short green Star Wars sage Yoda stars on the latest coins from a series issued by the New Zealand Mint on behalf of the island nation of Niue. 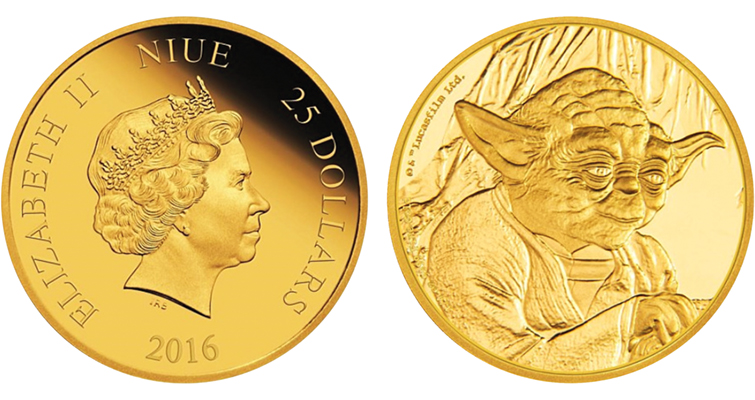 An up-close look at Yoda appears on the quarter-ounce gold $25 coin in the latest release from the New Zealand Mints's Star Wars coin series. 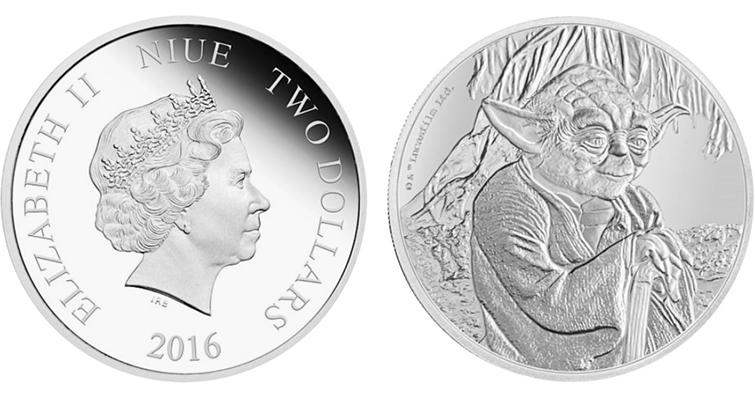 The short green Star Wars sage Yoda stars on the latest coins from a series issued by the New Zealand Mint on behalf of the island nation of Niue. The illustrated 1-ounce silver $2 coin has a mintage limit of 10,000 pieces.

If the image of Star Wars’ Yoda on three new coins from Niue could talk, he might suggest to buyers, “Delay you must not.”

The short sagacious green character of Star Wars movie fame is the third subject in a series of coins celebrating the classic series. The coins are being issued for Niue by New Zealand Mint and in cooperation with the Perth Mint, where the coins were struck.

Several of the previous releases in this series, honoring Darth Vader and Han Solo, have sold out.

The coins feature the Jedi master Yoda while training Luke Skywalker in the ways of the Force on the swamp planet of Dagobah, in a scene from the movie Star Wars: The Empire Strikes Back. The 1-ounce coins share the same design, though the quarter-ounce gold coin provides a closer look at Yoda.

After its release in 1977, Star Wars captured the imagination of a generation around the world. Yoda made his first appearance in 1980s' The Empire Strikes Back.

In the days of the Old Republic, Yoda was the wisest and most powerful of all Jedi. Diminutive and unassuming, Yoda had no equals in his keen insight into the Force or in his agile skill with a lightsaber.

The Ian Rank-Broadley effigy of Queen Elizabeth II appears on the obverse of all of the coins.

The silver coin measures 40 millimeters in diameter; the coin has a mintage limit of 10,000 pieces and retails for $85 (prices are in U.S. dollars).

The quarter-ounce gold coin measures 22 millimeters in diameter. It has a mintage limit of 1,000 pieces and retails for $600. 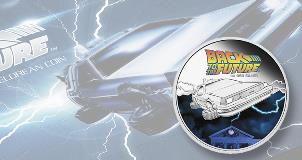 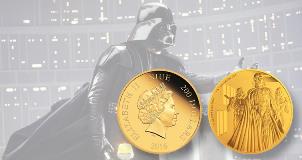