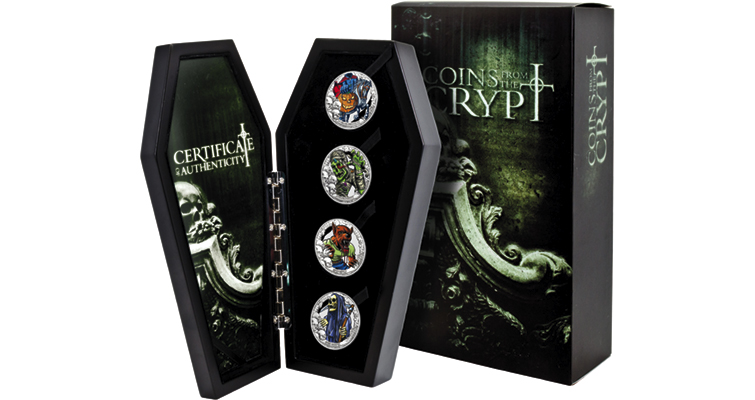 A four-coin set issued by Kiribati with assistance from Downies features the Grim Reaper, a werewolf, the Headless Horseman and a mummy. 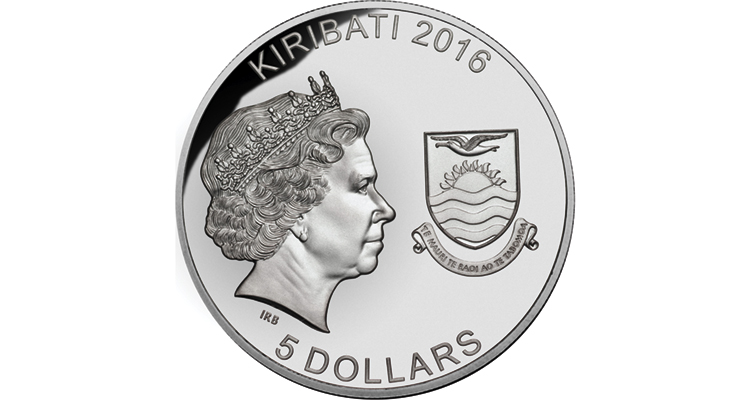 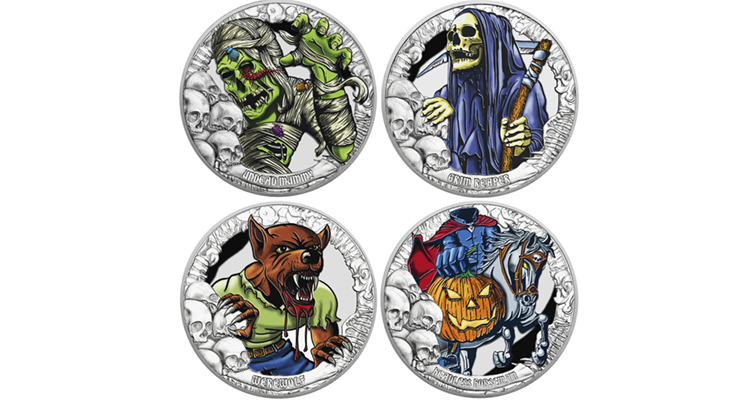 The Coins from the Crypt set, issued by Kiribati, is being released Sept. 1. The Proof .925 fine silver $5 coins bring together some of the most infamous characters of literary horror, invoking visions of Gothic graveyards, decrepit tombs and ghastly ghouls.

The coins, which honor the Grim Reaper, a werewolf, an “undead mummy” and the “Headless Horseman,” are packaged in a custom-made coffin-shaped box that emits creaking sounds as you open it, followed by a surprise scream.

According to Downies, a special technique was used for high relief digital printing and to enhance the skulls surrounding each coin.

The obverse of each coins carries the Ian Rank-Broadley effigy of Queen Elizabeth II and the coat of arms of Kiribati.

The 2016 coins weigh 25 grams each and measure 40 millimeters in diameter.

The Coins from the Crypt set has a mintage limit of 2,000 pieces, but its price was not available from the issuers at press time.