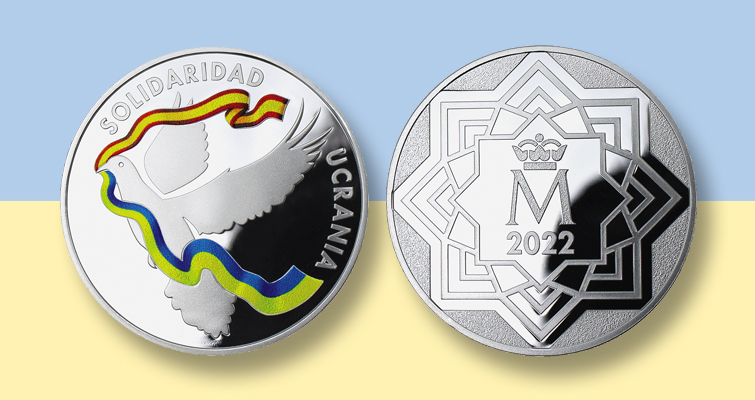 The Royal Spanish Mint stands in solidarity with the people of Ukraine with this copper-nickel medal.

Spain’s Royal Mint offers a copper-nickel medal with the theme “Solidarity With Ukraine.”

The Royal Spanish Mint released the medal on June 6.

The obverse shows a dove of peace carrying in its beak a ribbon composed of the colors of the flags of Spain and Ukraine in symbol of unity and support for the situation in Ukraine.

On the reverse, the logo of the Royal Spanish Mint and the year of issue appear.

The medal weighs 15 grams and measures 33 millimeters in diameter.

The medals are sealed in mint-branded cellophane plastic.

Part of the proceeds from sales of the medals is destined for the victims of the Ukrainian war through the Red Cross, though the amount is not disclosed.

The medal has an initial mintage of 5,000 pieces; 523 remained available at press time June 29.

The medals may be ordered from the Royal Spanish Mint’s online store, https://tienda.fnmt.es/fnmttv/. 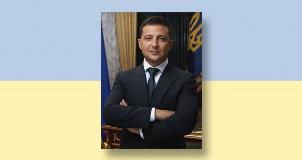 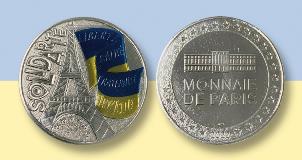 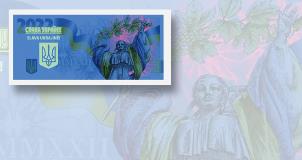